Bhutan and the UN 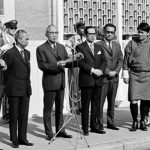 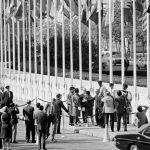 The Kingdom of Bhutan was admitted as a member of the United Nations on 21st September 1971. This was following years of self-imposed isolation. Beginning early 1960s, Bhutan began a gradual process of opening itself to the outside world by joining the Universal Postal Union in 1961 and finally becoming a member of the UN in 1971.

For Bhutan, the UN is extremely important both politically as well as economically. Politically, as an organization based on the principle of sovereign equality of its members, it provides a forum in which Bhutan can express its views and concerns on a wide range of issues on the international agenda. Economically, the UN and its specialized agencies are an important source of financial and technical assistance to the process of socio-economic development in Bhutan. Assistance from the UN and its specialized agencies has played a vital role in the process of modernization in Bhutan. The United Nations remains an important multilateral development partner.

As a member state of the UN, Bhutan continues to follow and participate in the work of the United Nations and its various processes.

Bhutan became a member of the Economic & Social Commission for Asia & Pacific (ESCAP) in 1972. In 1973, Bhutan joined the Non-Aligned Movement (NAM).

Over the years, Bhutan’s has been involved in the numerous bodies of the UN. Bhutan has served on many important posts such as:

Today, Bhutan is a member of the Bureau of the Group of Landlocked Developing Countries.