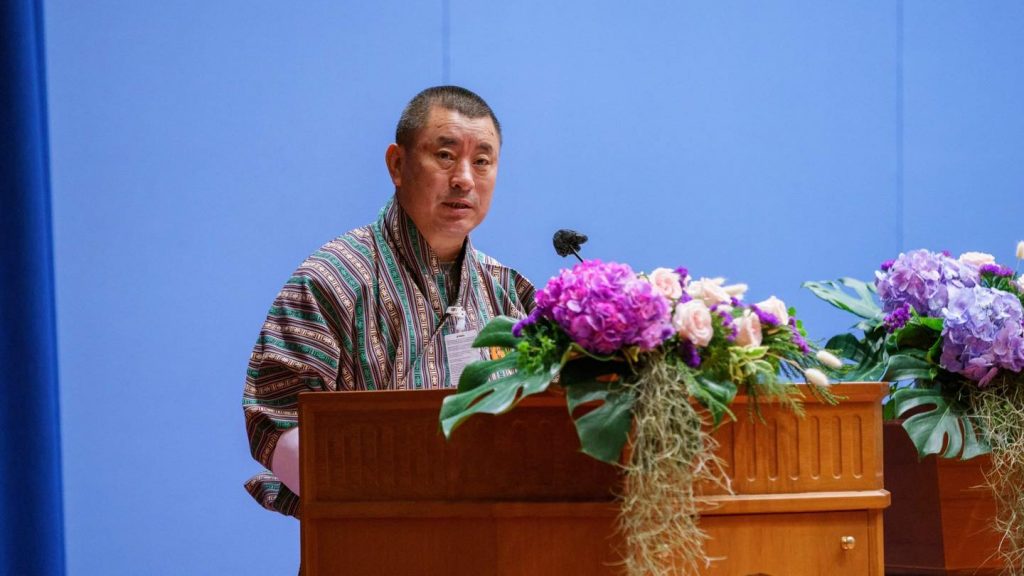 Speaking at the event, Ambassador highlighted the significance of UN day celebration for Bhutan this year as it coincides with the 50th Anniversary of Bhutan’s membership in the UN. Ambassador reflected on Bhutan’s 50 years of journey and the successful partnership with the UN. He expressed deep appreciation to the UN for the support and assistance which has contributed towards Bhutan’s socio-economic development.

Speaking on the COVID19 pandemic, the Ambassador called for enhanced commitment towards deepening bilateral, regional and multilateral partnerships to strengthen the collective efforts to end the crisis and emerge stronger and more united from the fallout created by the pandemic.

The Ambassador conveyed deepest appreciation to the thousands of men and women working at the UN for their relentless drive and hard work towards maintaining international peace and security, developing friendly relations among the nations, promoting social progress, better living standards and human rights.

Ambassador had an introductory meeting with Ms. Armida Alisjahbana, Under Secretary General and Executive Secretary of UN-ESCAP on the sidelines of the event. He expressed his keen desire to actively engage with ESCAP during his tenure. The Executive Secretary congratulated the Ambassador on his assumption of post and briefed him on the ongoing collaborations between Bhutan and ESCAP.

ESCAP is the regional development arm of the UN for the Asia-Pacific region with 53 Member States and 9 Associate Members. Bhutan has been a Member State of ESCAP since January 1972.