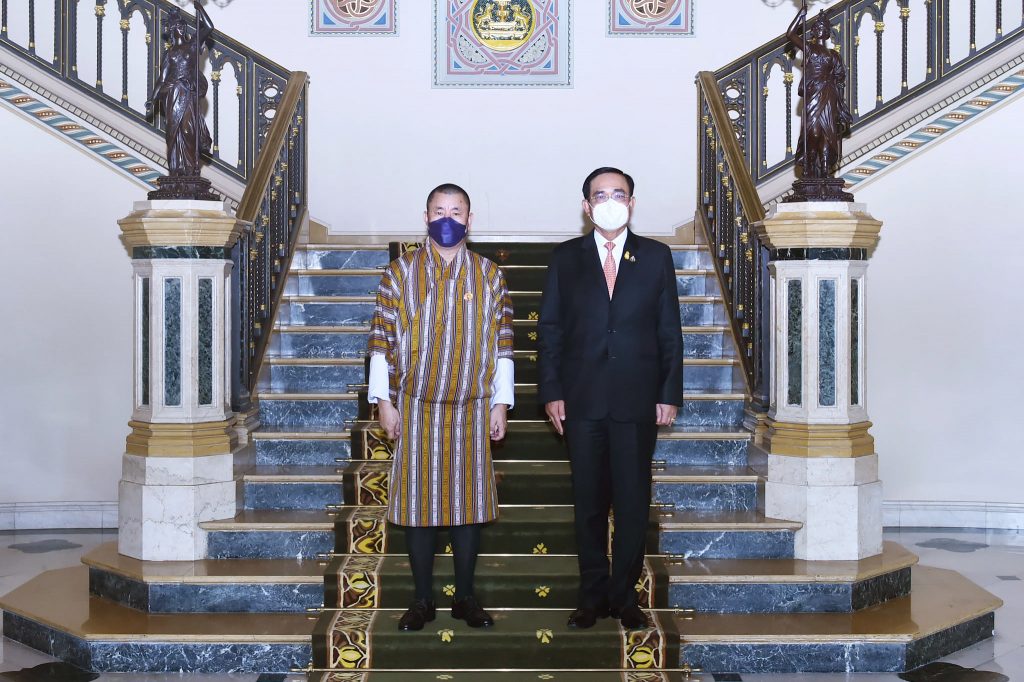 Ambassador Kinzang Dorji called on His Excellency General Prayut Chan-o-cha, Prime Minister of the Kingdom of Thailand on 17 November 2021 at the Government House.

The Prime Minister extended a warm welcome and conveyed his felicitations to Ambassador on his appointment as Ambassador of Bhutan to Thailand. He conveyed his best wishes to Ambassador and expressed confidence that relations between the two countries would be further strengthened in the coming years.

Ambassador expressed sincere appreciation to Thailand for its continued support and assistance towards Bhutan’s socio-economic development. He expressed his keen desire to expand the existing cooperation in the areas of trade, tourism, human resource development including to explore market for Bhutan’s organic agriculture products. Ambassador also referred to Thailand’s Innovation Driven Economy and said that we would be interested to collaborate in that sector as Bhutan also seeks to be an innovation driven society.

Ambassador expressed the positive impact of cooperation in the education sector, which has further strengthened existing strong relationship between the two countries and its people. Ambassador added that Bhutan is interested in exploring scholarships in new areas such as digital technology.

Prime Minister informed that it is also the priority of Thailand to expand its existing cooperation with Bhutan and sought Bhutan’s support for exploring investment opportunities for Thai companies in Bhutan.

The Prime Minister thanked the Royal Government of Bhutan for providing 150,000 doses of COVID-19 vaccine to Thailand and conveyed gratitude for facilitating the repatriation of Thai nationals during the COVID pandemic.

Thanking the Prime Minister, Ambassador assured that he will put in all his efforts to sustain and further strengthen the close bond of friendship and cooperation that exist between the two Kingdoms.