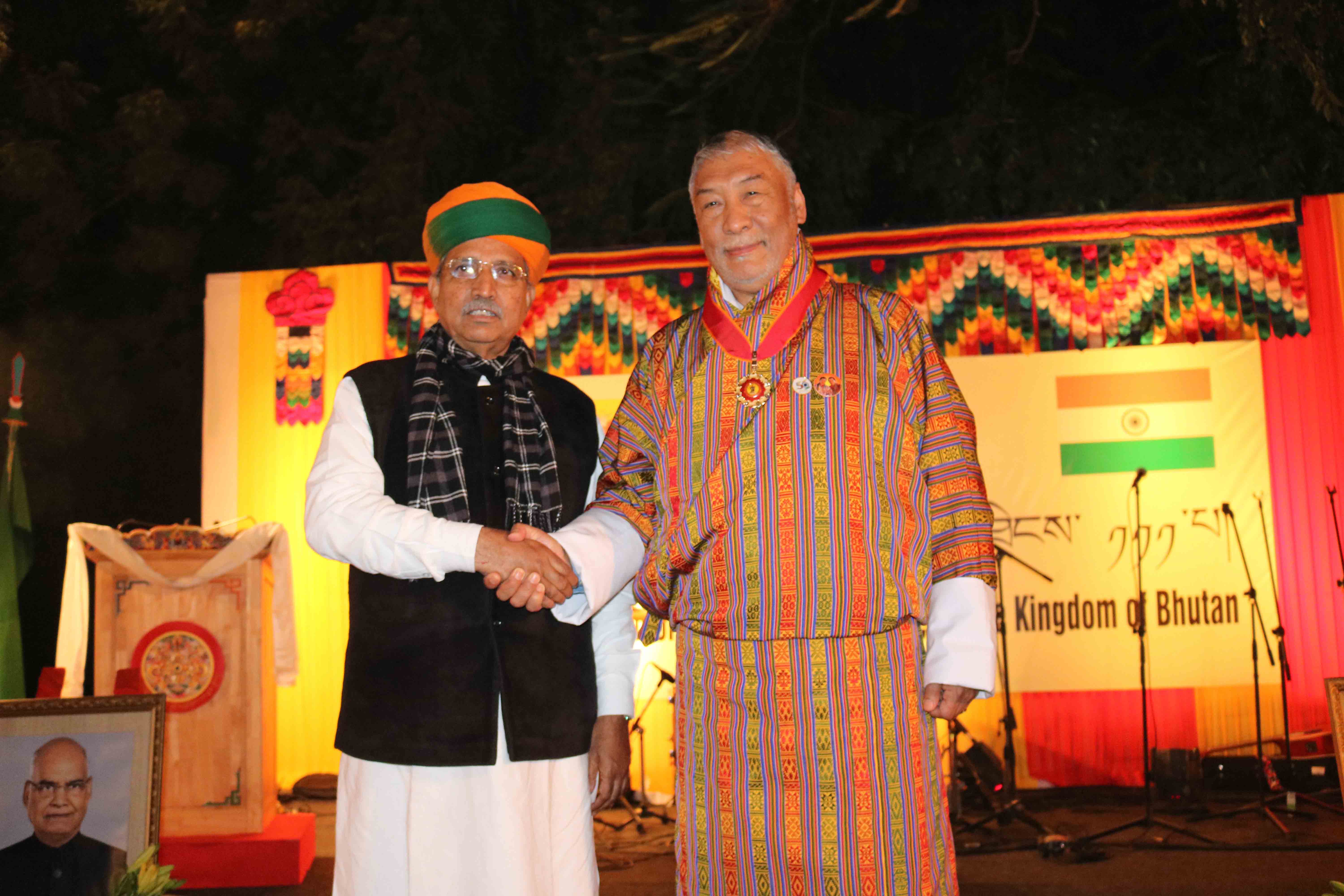 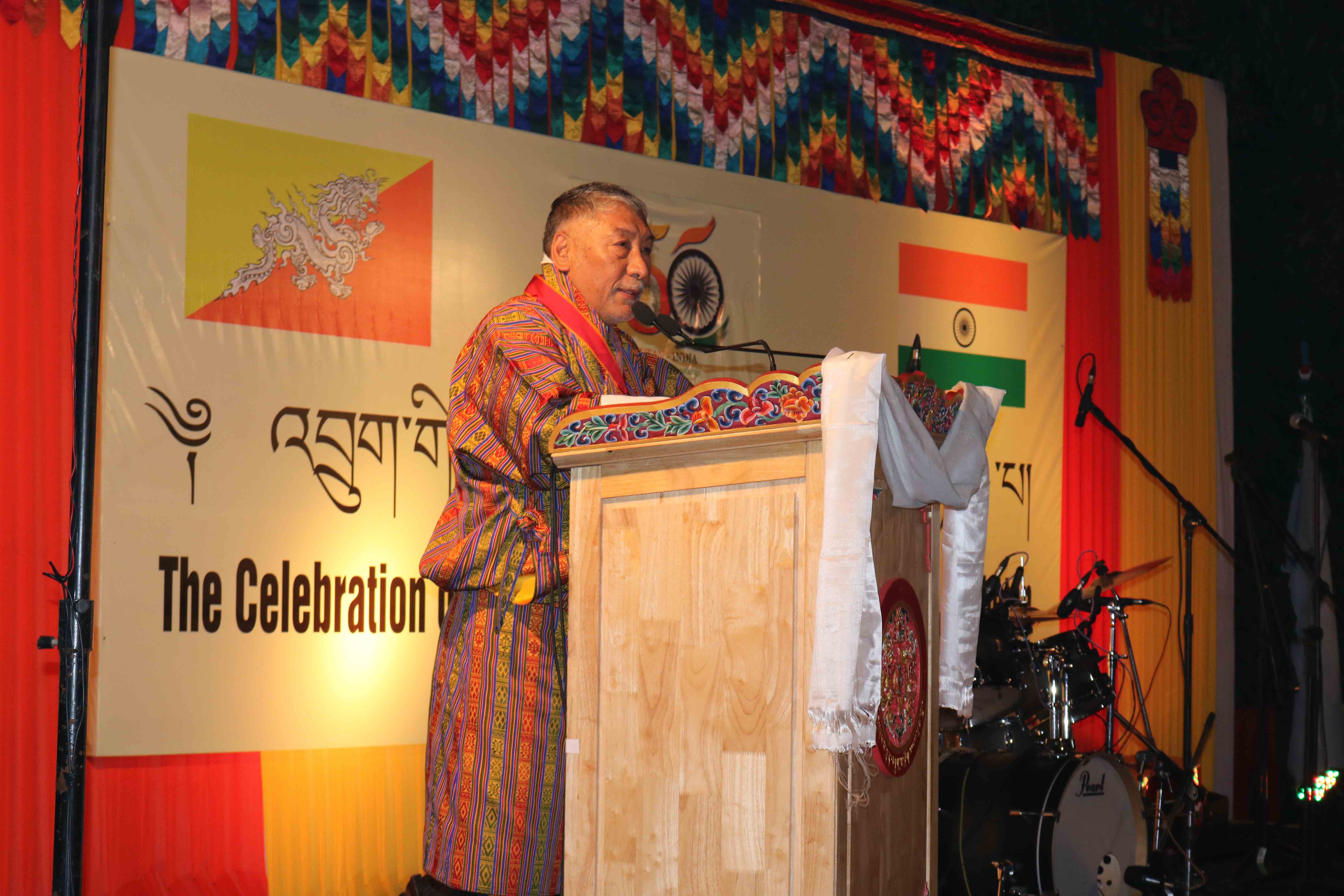 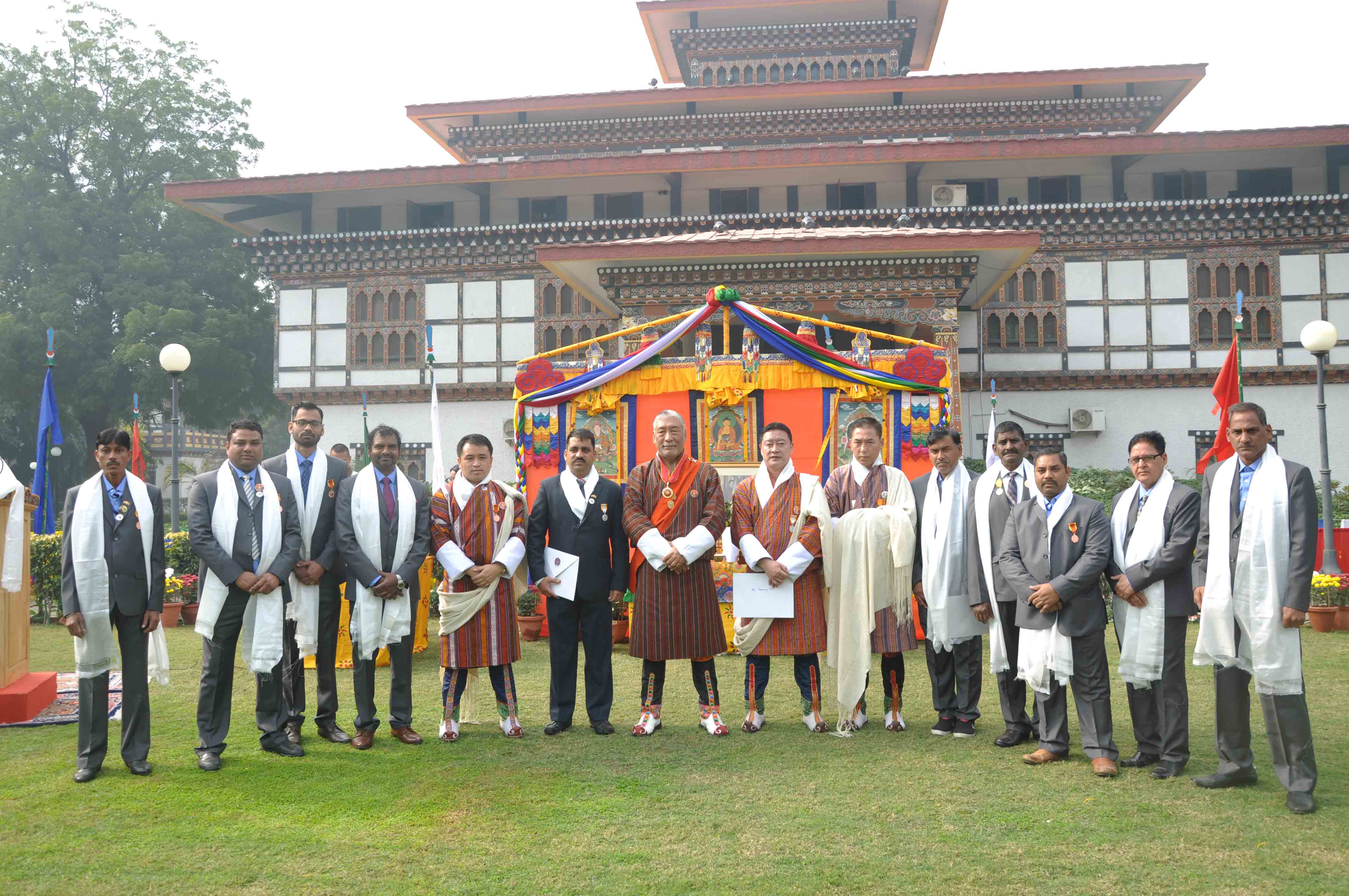 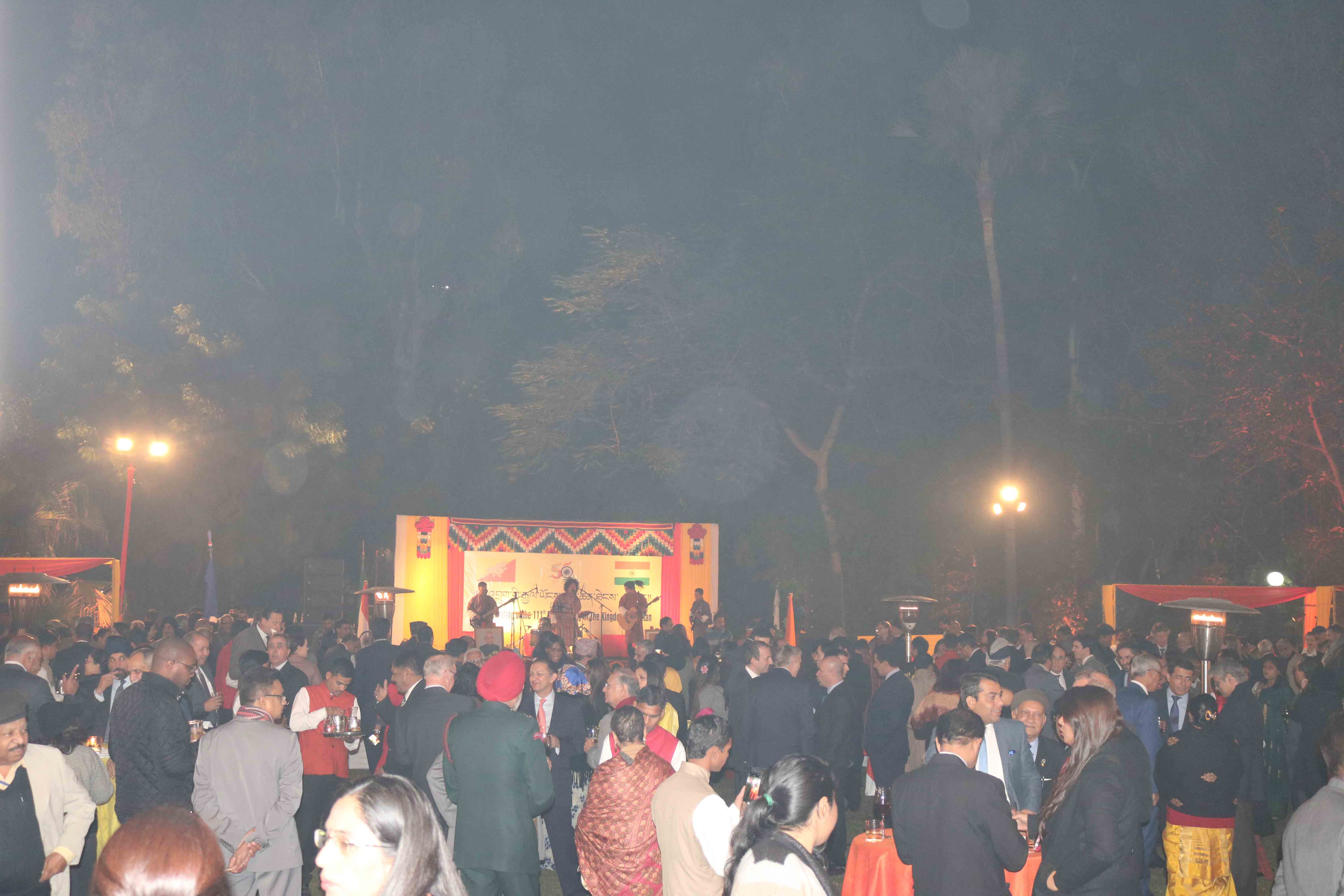 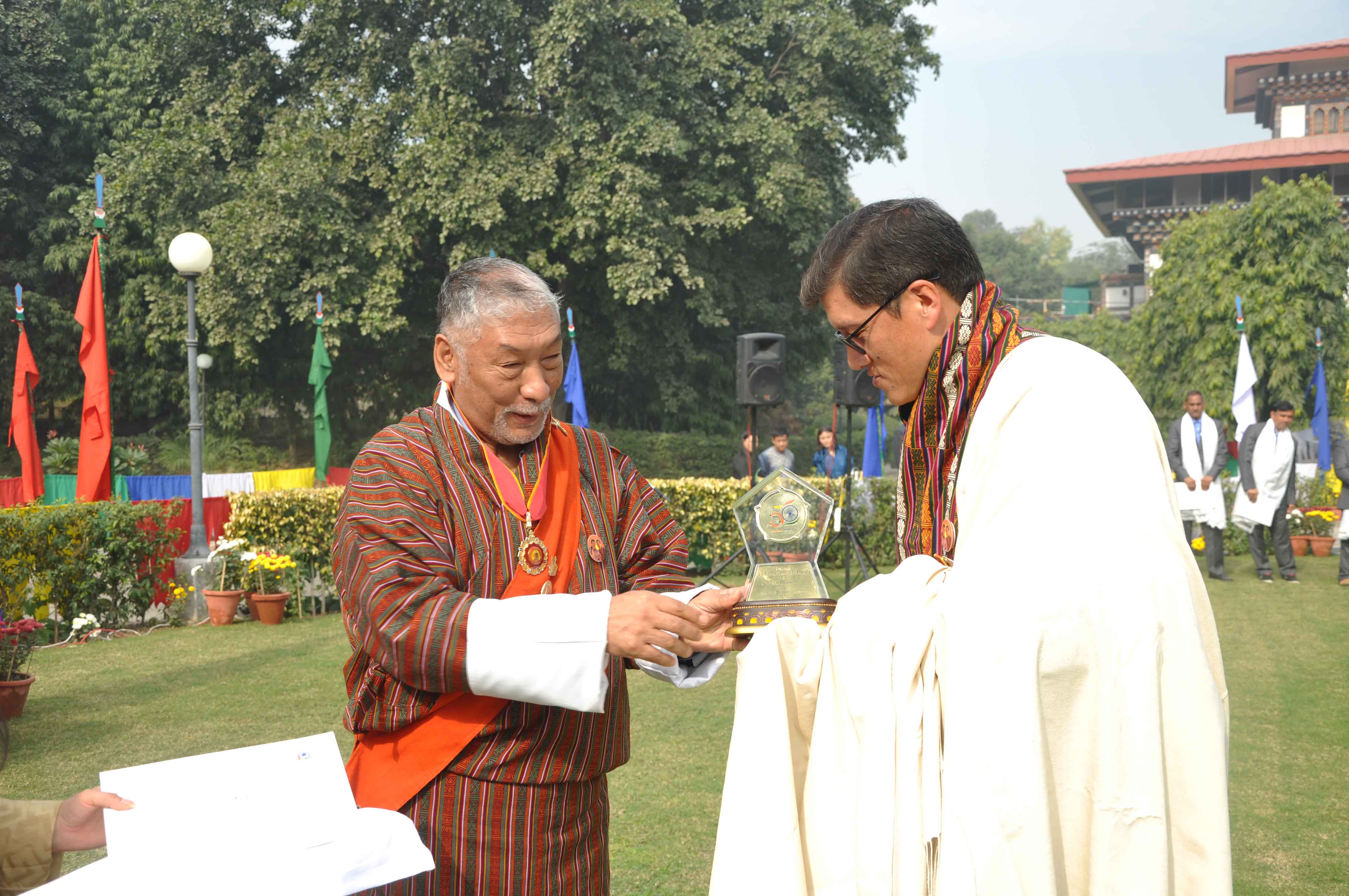 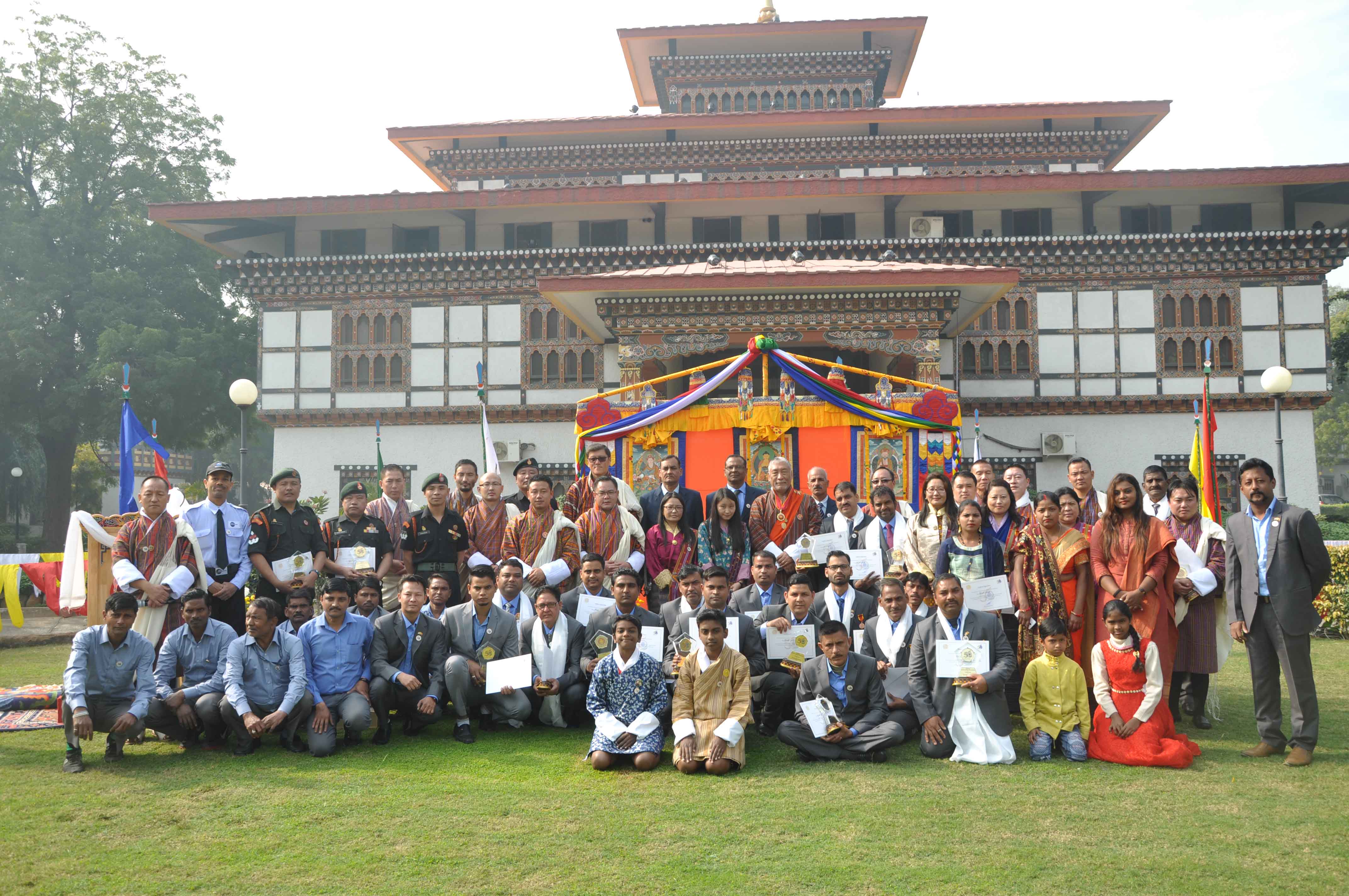 The Officers, Staff and the Bhutanese community celebrated the 111th National Day at the Royal Bhutanese Embassy, New Delhi, on 17th December 2018. The celebration began with the hoisting of the National flag at the Embassy in the morning.

Later In the evening the Royal Bhutanese Embassy hosted a delightful reception at the Ambassador’s residence to mark the 111th National Day. H.E. Shri Arjun Ram Meghwal, Union Minister of State in Ministry of Water Resources, River Development & Ganga Rejuvenation and Parliamentary Affairs of the Government of India graced the occasion as the Chief Guest.

The reception was attended by senior officials of the Government of India, members of the diplomatic corps in Delhi, and many Indian friends and well-wishers of Bhutan. Guests enjoyed the musical renditions performed by one of Bhutan’s popular musical bands, The Misty Terrace, along with popular Bhutanese performers Ugyen Pandey and Pinky Yangden.