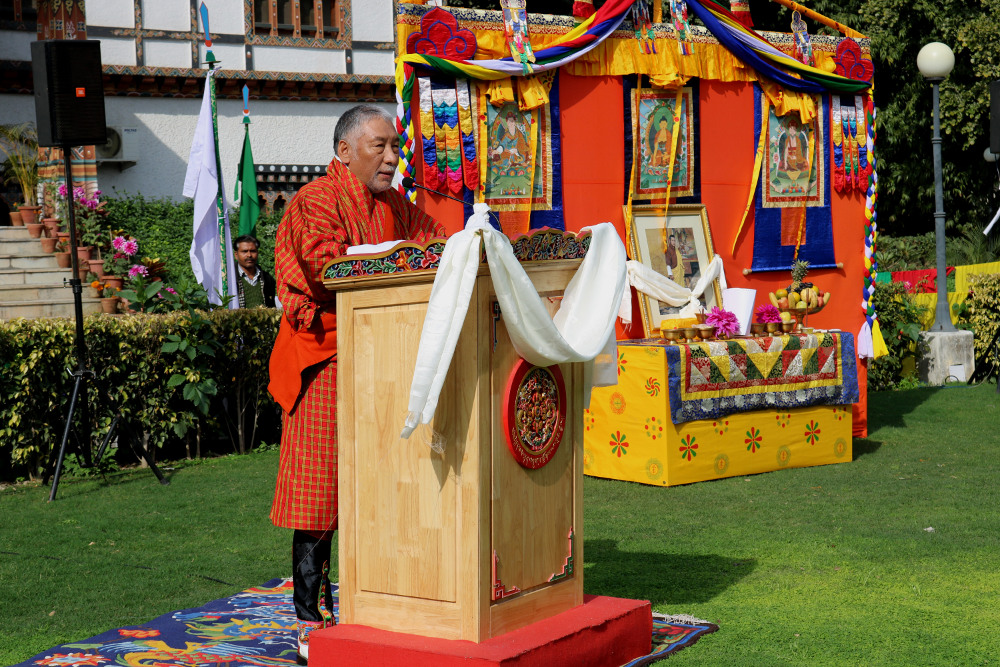 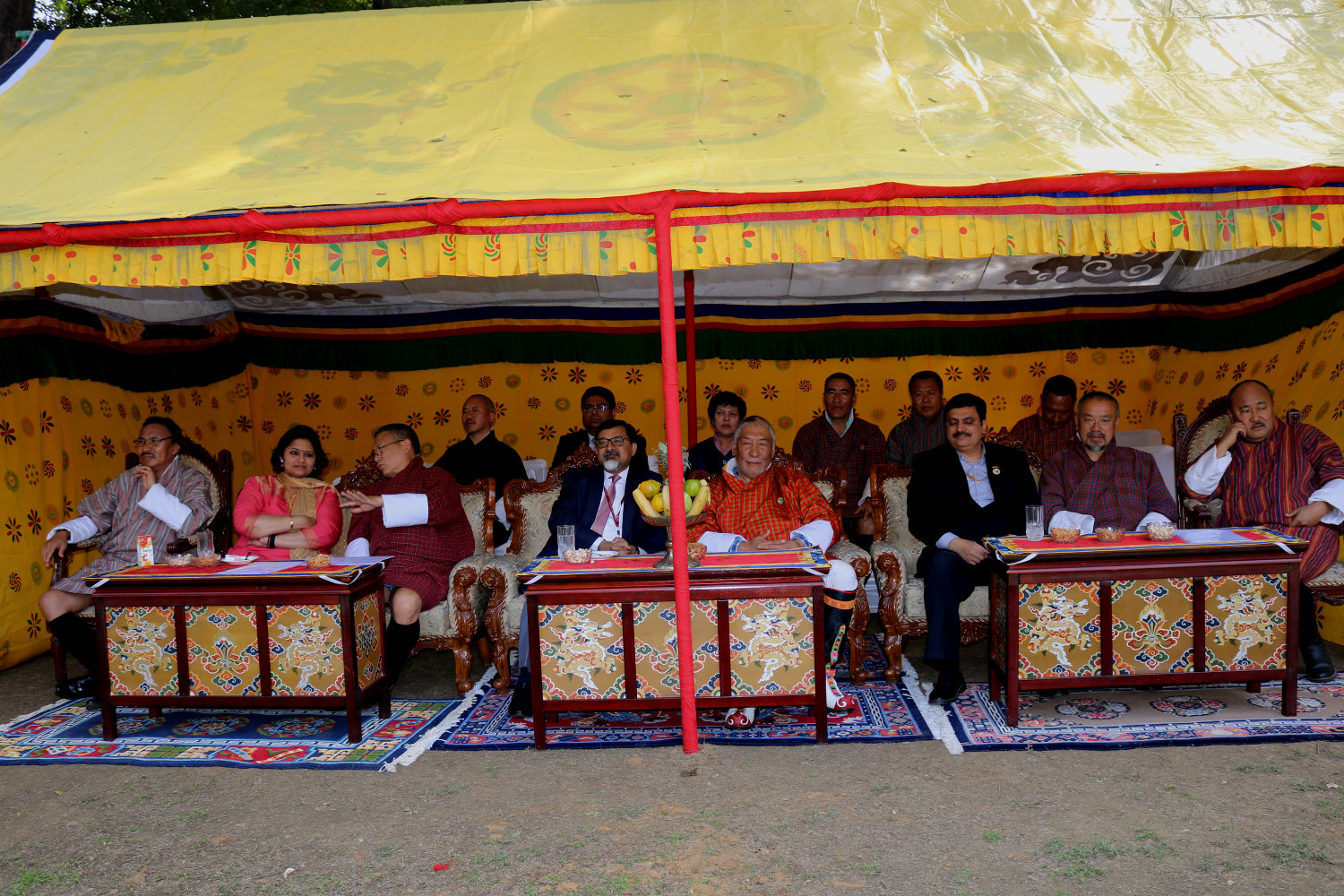 Ambassador V. Namgyel as the Chief Guest at the celebrations addressed the gathering on the importance of the occasion. He said that this auspicious day has provided an opportunity for the Bhutanese people to pray for His Majesty The King’s long life and offer our deep and humble gratitude for the selfless and priceless leadership with which His Majesty guides the destiny of our country and ensure its continued well-being and security. He also said that it is an opportunity for all Bhutanese to pledge with our body, speech and mind to serve the Tsa-wa-sum and work with greater dedication and commitment, each in our own way, to build an ever-brighter future for our country.

The program then moved to the celebration grounds, which began with the singing of the Zhabten for His Majesty The King and cake cutting ceremony. This was followed by cultural programs by the popular Bhutanese artists from the Film Association of Bhutan and Bhutanese students in and around New Delhi. Celebrations also included other entertainment and games competition among the participants.

The celebration concluded with all those present joining in the Tashi Labey.