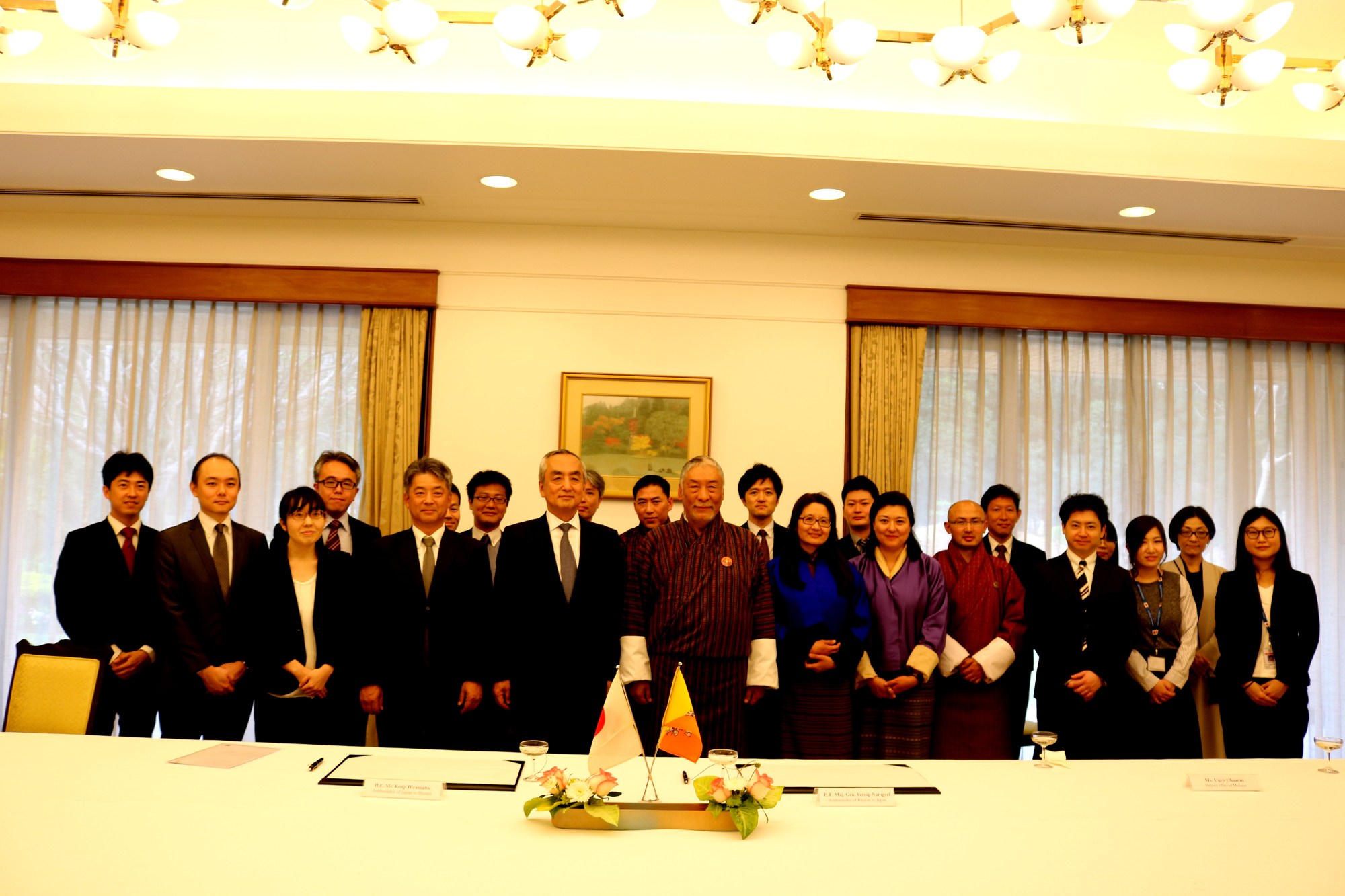 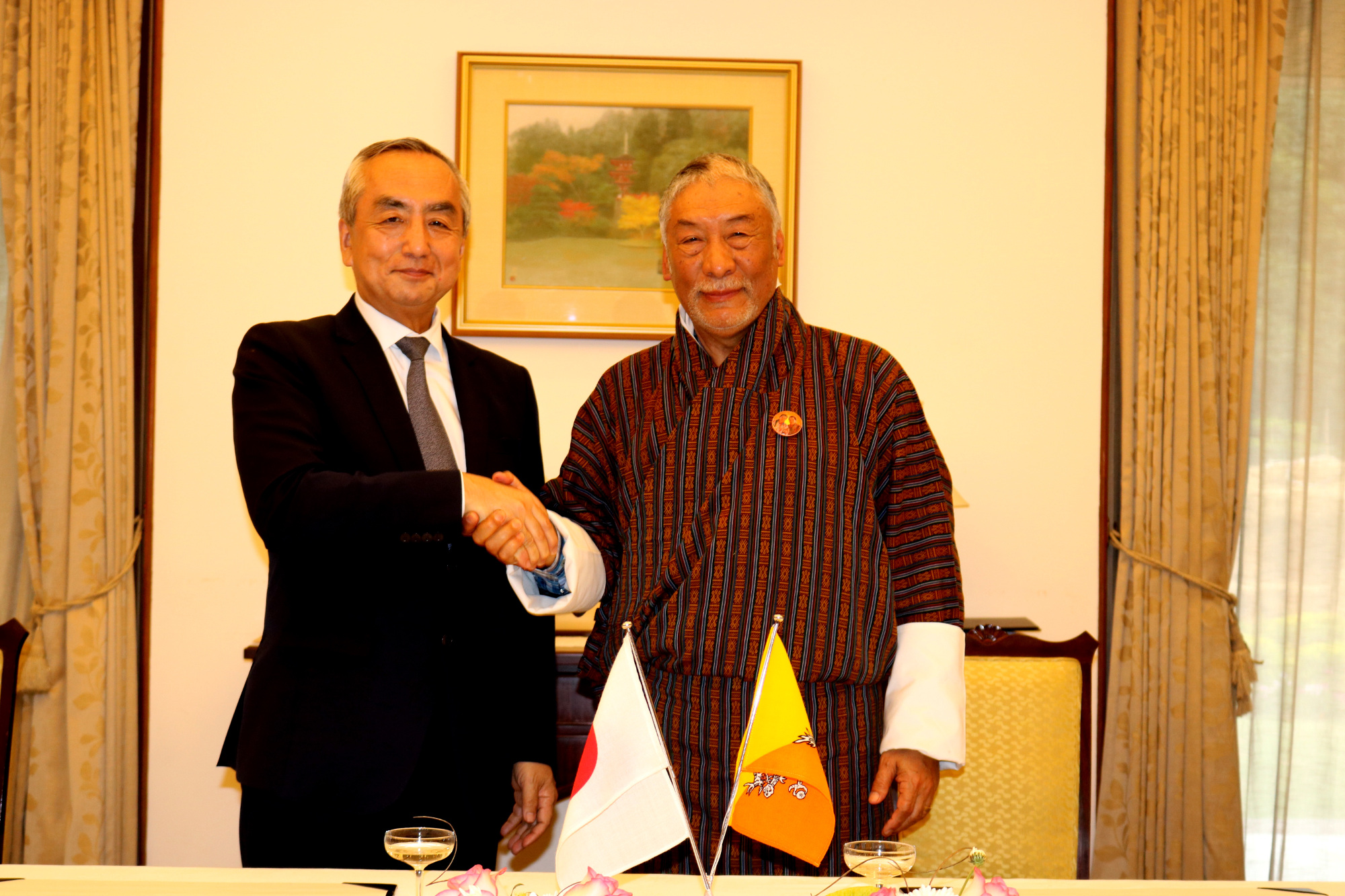 Ambassador of Bhutan to Japan V. Namgyel and Ambassador of Japan to Bhutan Kenji Hiramatsu signed the Grant Contracts for three projects on 05 March 2019 in New Delhi. The Government of Japan will support the three projects under the Grant Assistance for Grassroots Projects (GGP). The three projects worth JPY24 million are “improvement of all-weather farm road” in Guma Gewog, Punakha; “provision of patrol cars to community police centres in Trongsa and Mongar”; and “centre of Genekha district for community-based care for people living with HIV/AIDS in Thimphu.”

Speaking at the signing ceremony held at the Japanese Embassy, Ambassador V. Namgyel said that, like all other projects supported by the Government of Japan till date, these three projects will also make significant contributions to improving the quality of life of the people of Bhutan, especially the direct stakeholders. The three projects will further strengthen the excellent bonds of friendship, understanding and cooperation that exist between our two countries and peoples. Under the Grant Assistance for Grassroots Projects, the Government of Japan has been generously supporting Bhutan in many different areas, such as construction of bridges, building of schools, providing fire engines, police patrol cars, compactor trucks, and medical equipment and farm machinery.