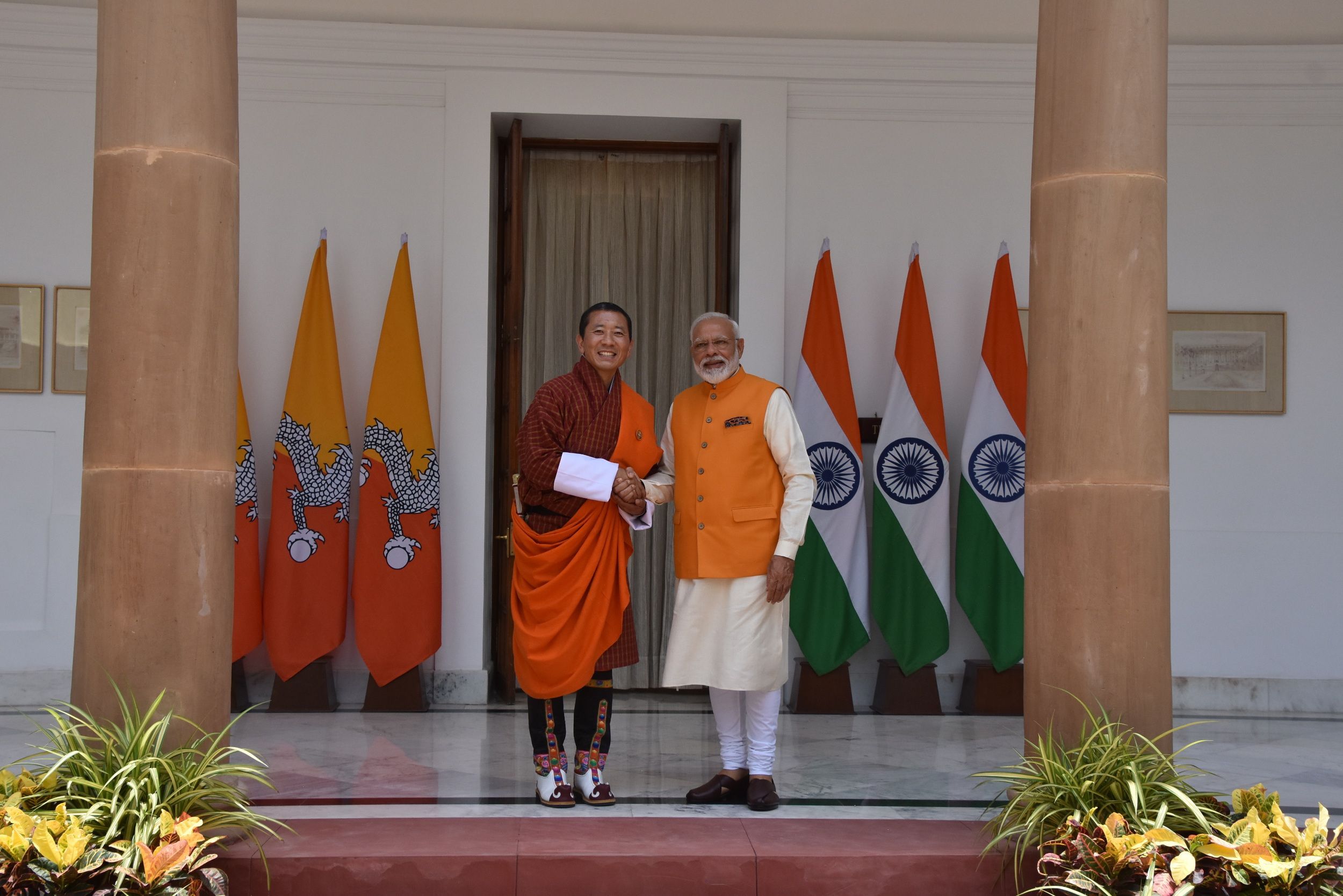 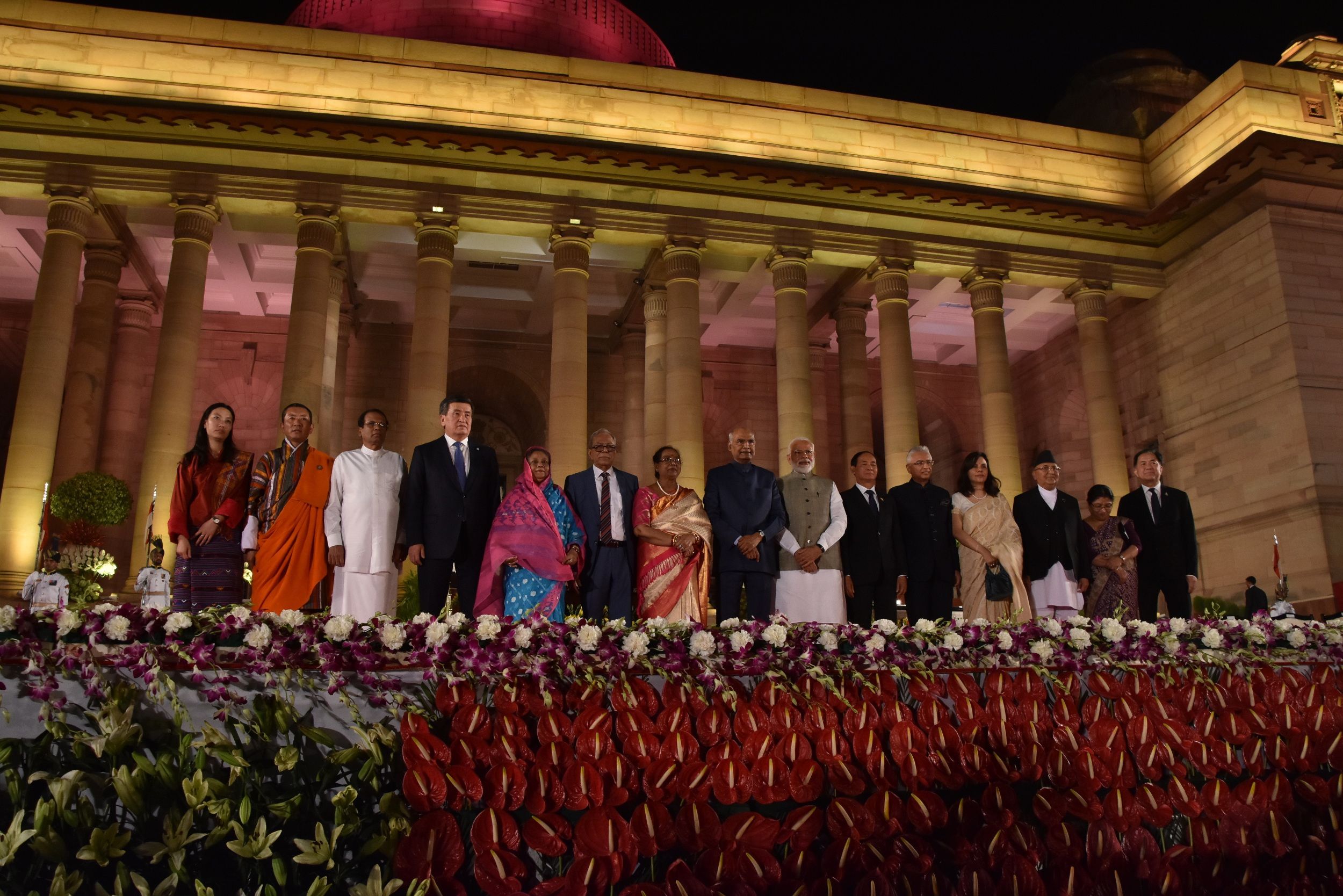 1. At the invitation of the Government of India to all Heads of State and Government of BIMSTEC member countries and to Kyrgyzstan and Mauritius, His Excellency Lyonchhen (Dr.) Lotay Tshering visited India from 30 May to 1 June 2019 for the Swearing-in-Ceremony of H.E. Shri Narendra Modi as the Prime Minister of India for a second term. Lyonchhen was accompanied by his Spouse, Aum Dr. Ugyen Dem, Cabinet Secretary, Foreign Secretary and senior officials from the Royal Government of Bhutan including the Ambassador of Bhutan in India.

2. This is Lyonchhen’s second visit to India after assuming office in November 2018.

3. Shri Narendra Modi was administered the oath of office and secrecy by President Ram Nath Kovind at a special ceremony at the forecourt of Rashtrapati Bhavan held on Thursday, 30th May 2019. He was sworn in along with 24 Union Ministers, 24 Ministers of State and 9 Ministers of State with Independent Charge.

5. Following the Swearing-in-Ceremony, Lyonchhen and Aum along with other foreign leaders attended a banquet dinner hosted by the President of India at the Rashtrapati Bhavan in honour of the Prime Minister of India.

6. Lyonchhen met with Prime Minister Shri Narendra Modi at Hyderabad House on 31st May, where Lyonchhen conveyed the warm greetings and felicitations of His Majesty The King, the Royal Government and people of Bhutan. Lyonchhen expressed gratitude for the invitation to attend the most auspicious occasion and for the warm reception accorded to him and his delegation.

7. The two Prime Ministers expressed satisfaction at the excellent state of bilateral ties of friendship and cooperation, which are marked by utmost trust, mutual understanding, goodwill and respect for each other’s interests. They reaffirmed their commitment to further strengthen co-operation in all areas of mutual interest and to take the bilateral partnership to newer heights.

9. During the visit, several groups of eminent friends of Bhutan called on Lyonchhen.