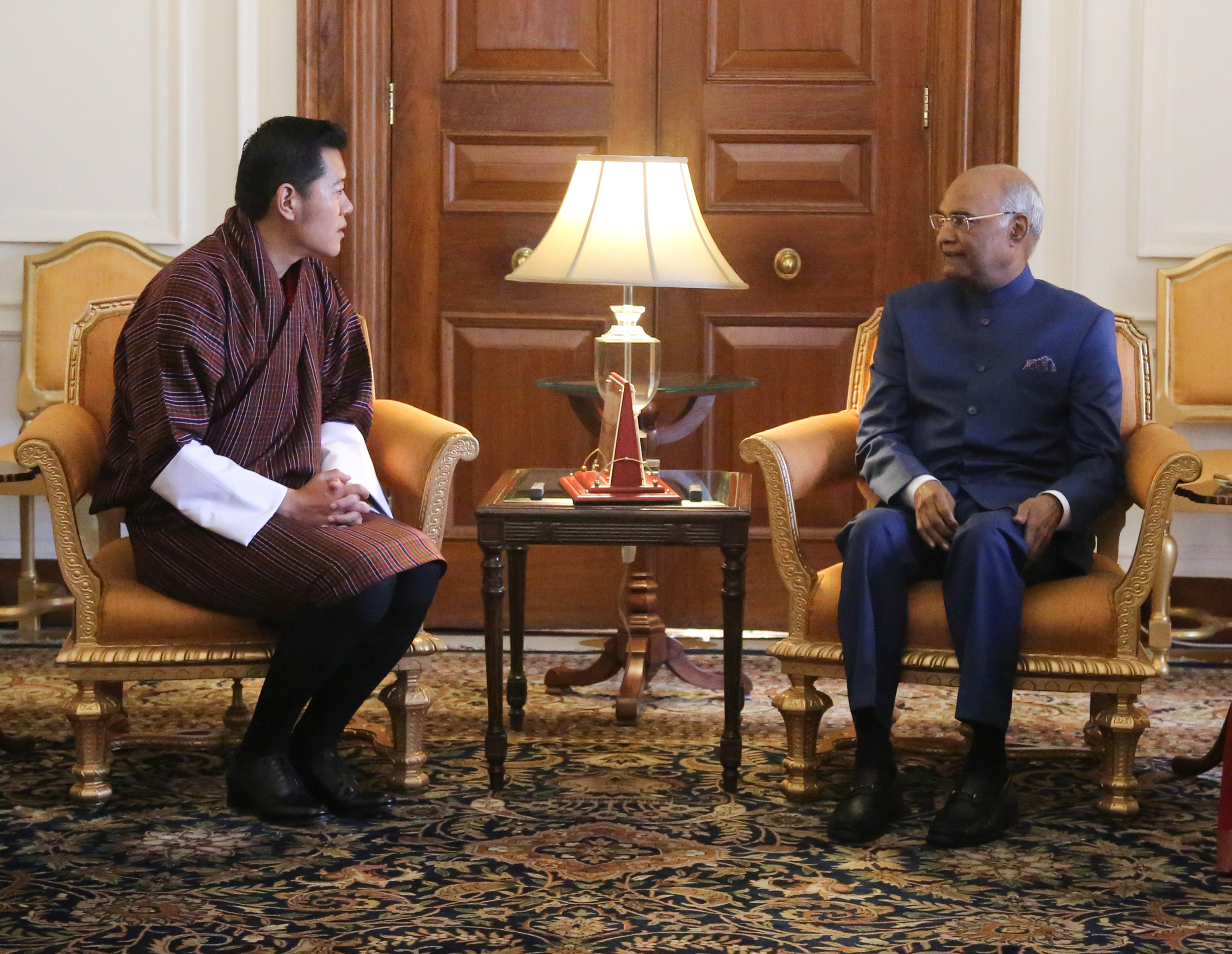 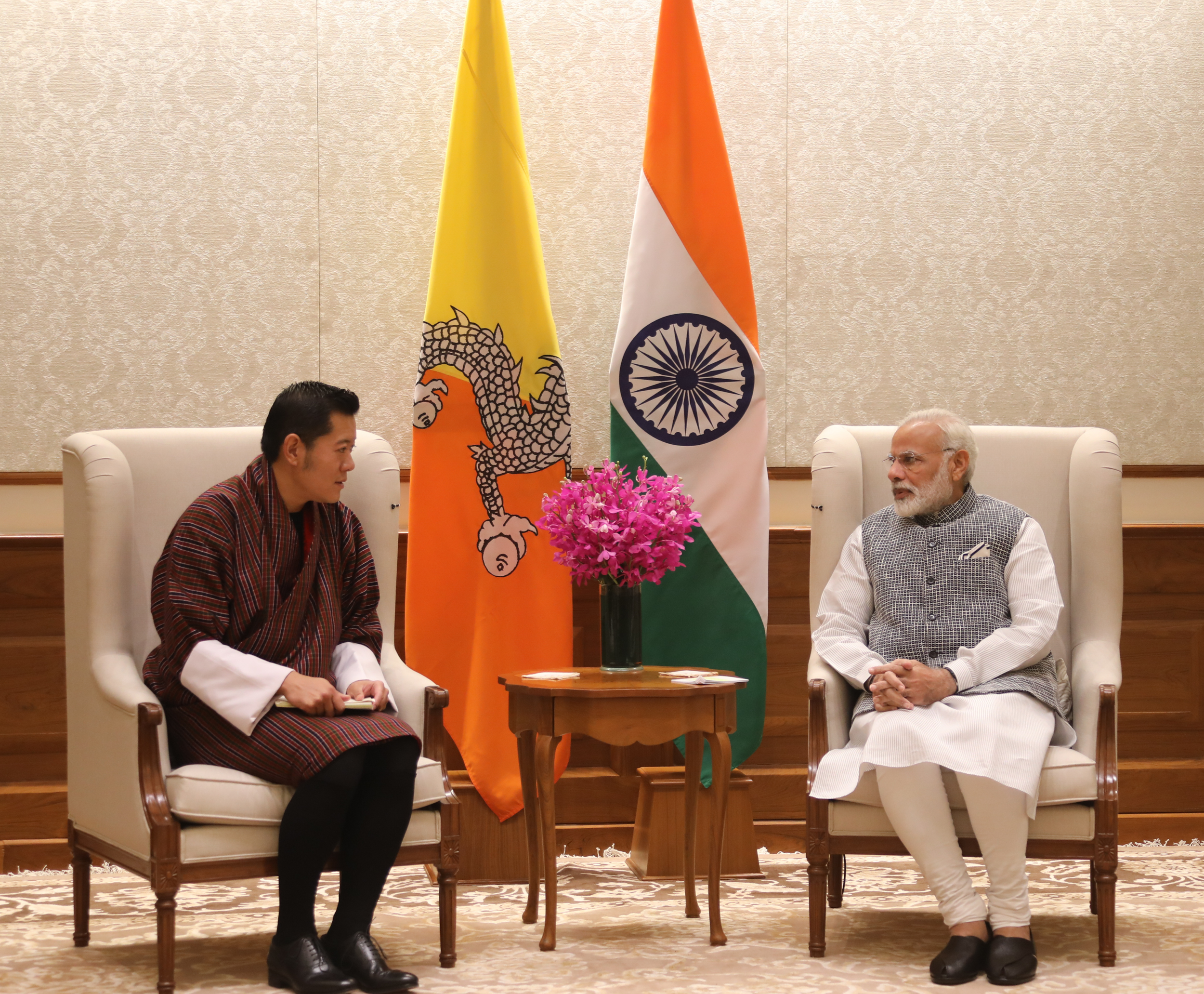 President of India Shri Ram Nath Kovind extended a warm welcome to His Majesty King Jigme Khesar Namgyel Wangchuck, Her Majesty The Gyaltsuen, and His Royal Highness The Gyalsey at the Rashtrapati Bhawan this morning. His Majesty The King and the President expressed their happiness with the strong bonds of friendship between the two countries defined by trust and confidence in each other. His Majesty The King was happy to accept the President’s invitation for a State Visit to India next year as the two countries celebrate the 50th Anniversary of formal diplomatic ties.

In the evening, Prime Minister Shri Narendra Modi also warmly received His Majesty The King, Her Majesty The Gyaltsuen, and His Royal Highness The Gyalsey at his residence in Lok Kalyan Marg in New Delhi.

During a cordial meeting held at the Prime Minister’s residence, His Majesty and Prime Minister Modi exchanged views on a broad range of subjects covering bilateral friendship and cooperation, including the 50th Anniversary of formal diplomatic ties between Bhutan and India which will be celebrated next year, as well as regional and international matters of mutual concern and interest. His Majesty also expressed appreciation for India’s generous support for Bhutan’s socio-economic development. Such warm, frank and frequent exchanges of views between the leaders of the two countries are a hallmark of the very close and special relations between Bhutan and India.

Following the meeting, the Prime Minister hosted a dinner at his residence in honour of Their Majesties.