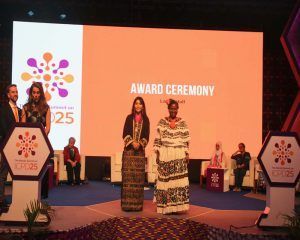 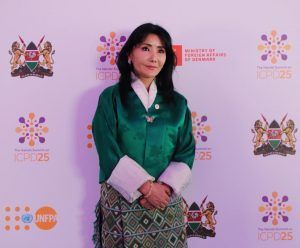 Her Majesty Gyalyum Sangay Choden Wangchuck has been awarded as the individual laureate
for the 2020 UN Population Award in recognition of Her Majesty the Gyalyum’s outstanding
contribution to raising awareness and devising solutions to population and reproductive health
issues.

The UN Population Award is the most prestigious award in the field of reproductive health and population. The United Nations Population Award was established by the UN General Assembly in 1981 in resolution 36/201 and was first presented in 1983.

The annual award honors an individual and or/institution in recognition of their outstanding contributions to population and reproductive health issues and solutions. The committee for the United Nations Population Award comprises of 10 UN member states chaired by H.E. Mr. Ion Jinga, the Permanent Representative of Romania to the UN; with the United Nations Secretary-General and UNFPA Executive Director serving as ex officio members. The UN Population Fund (UNFPA) serves as its secretariat.

Her Majesty the Gyalyum has established various institutions and charitable organizations including the The Textile Museum under the auspices of the Department of Culture, MoHCA in 2001; Royal Textile Academy of Bhutan in 2005; The Gyalyum Charitable Trust in 2016 and ‘RENEW’ which is an acronym for Respect, Educate, Nurture and Empower Women in 2004, to empower vulnerable women, especially victims and survivors of domestic violence.

HelpAge India was selected as the institutional laureate for their contribution towards supporting disadvantaged elderly people in India to enable them to live better lives.

The formal presentation of the Award will take place virtually on Thursday, December 10, 2020. 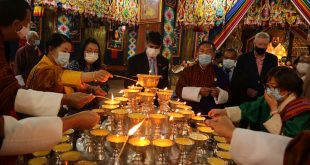 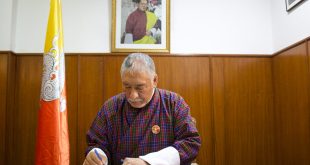 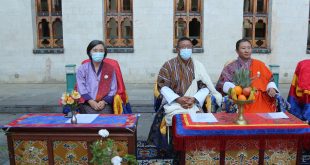 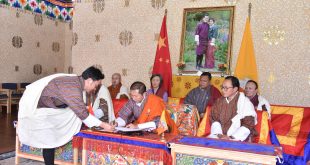