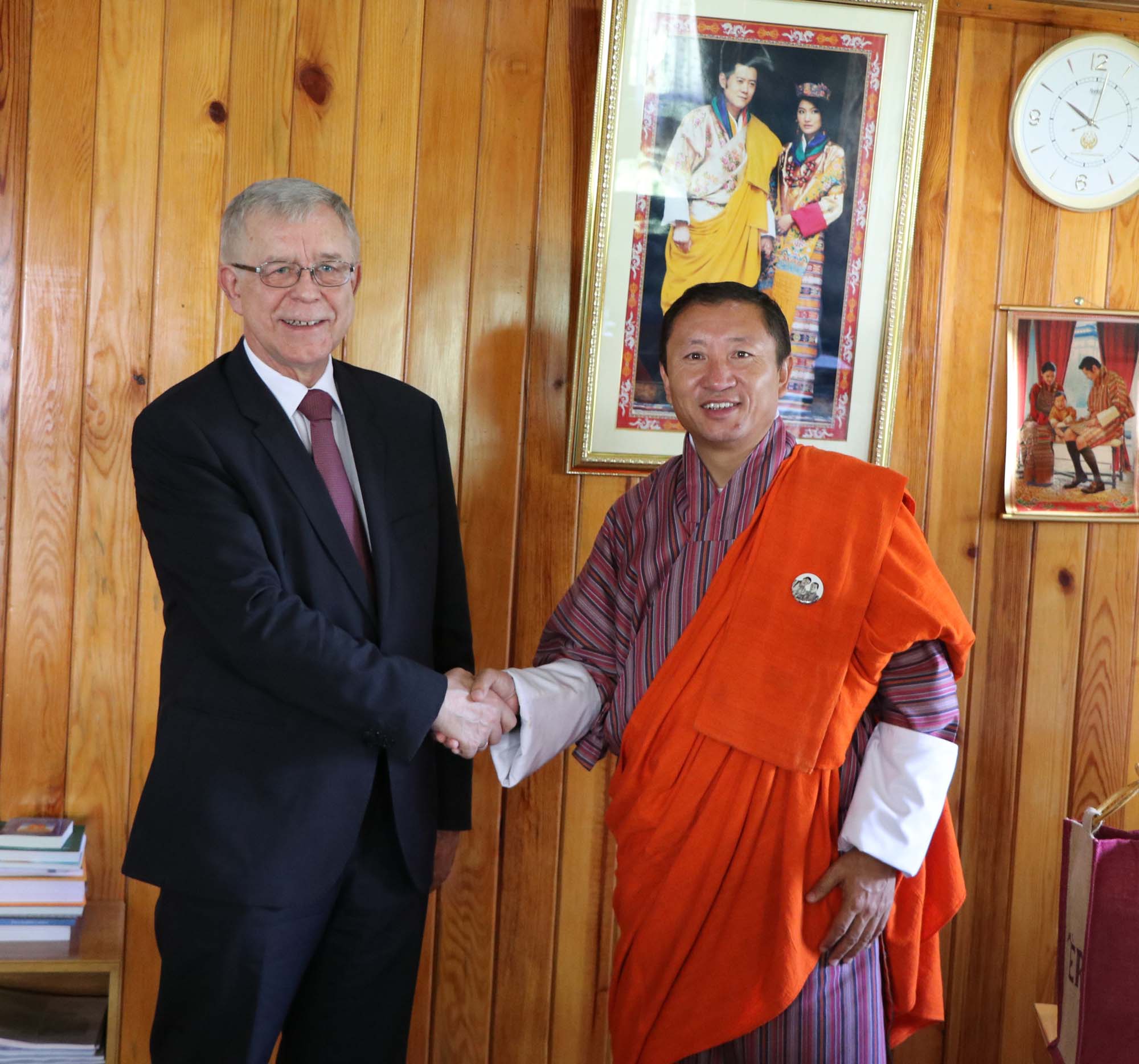 H.E. Mr. Tomasz Kozlowski, Ambassador of the European Union (EU) to Bhutan called on the Hon’ble Foreign Minister, Lyonpo (Dr.) Tandi Dorji today. The Ambassador is on a three-day farewell visit to Bhutan from 20-22 August 2019. Ambassador Kozlowski was the EU Ambassador to Bhutan for the last four years.

Formal diplomatic relations between Bhutan and the EU were established on 9th August 1985, but the engagements between the two started even earlier in 1982 when the EU first started financing development projects in Bhutan. Since then, EU has been an important development partner for Bhutan and has assured their continued support for Bhutan.

2019-08-21
Kesang Delkar
Previous Joint Statement on the State Visit of Prime Minister of India to Bhutan (August 17-18, 2019)
Next Bhutan and Austria celebrated the 30th Anniversary of Diplomatic Relations between Austria-Bhutan 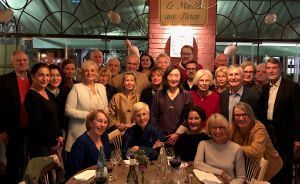