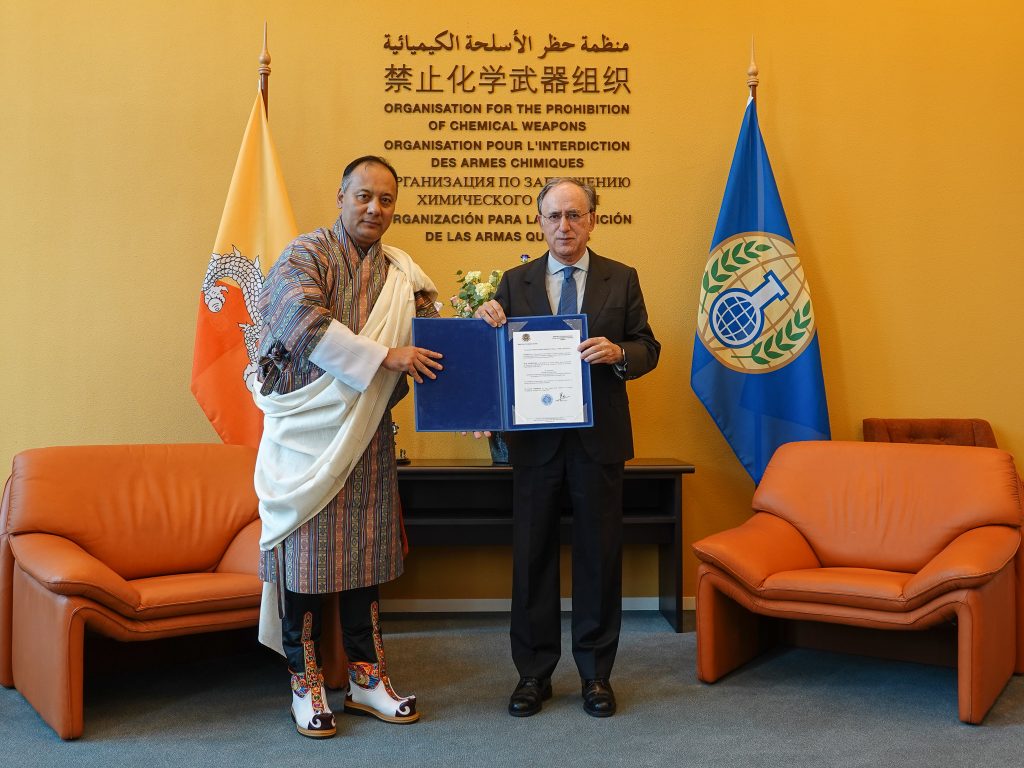 Kutshab Tshering Gyaltshen Penjor presented his Letters of Credence to H.E. Mr. Fernando Arias, Director General of the Organization for the Prohibition of Chemical Weapons (OPCW) on 11 October 2021, accrediting him as the Permanent Representative of the Kingdom of Bhutan to the OPCW.

Director General Fernando Arias welcomed Kutshab Tshering Gyaltshen Penjor’s appointment and briefed him on the workings of the OPCW, including the status of the construction of the new OPCW Centre for Chemistry and Technology (ChemTech Centre) which is scheduled to be completed by November 2022.

Kutshab Tshering Gyaltshen Penjor conveyed the appreciation of the Royal Government of Bhutan (RGoB) for the extensive efforts of the OPCW in eliminating chemical weapons and reiterated Bhutan’s commitment to fulfilling its national obligations as a State Party to the Chemical Weapons Convention (CWC).