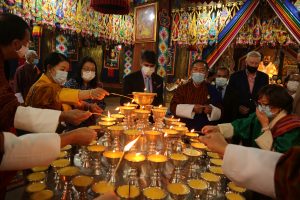 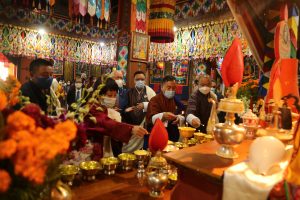 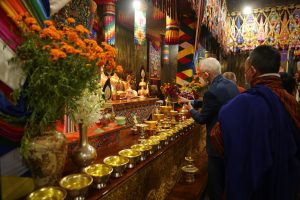 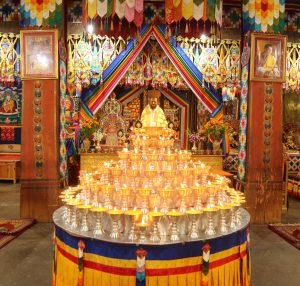 Bhutan observed the 76th Anniversary of the establishment of the United Nations on 24 October 2021 with prayers and the lighting of a thousand butter lamps at the Semtokha Dzong. UN Day marks the day on which the UN Charter entered into force in 1945.

The event was attended by senior Government officials, Members of the Diplomatic Corps and UN Representatives based in Thimphu.

This year Bhutan also marked the 50th anniversary of our membership to the UN. Bhutan’s admission to the UN in 1971 as its 128th Member State. Our membership to the UN was realised mainly due to the wisdom and singular drive of His Late Majesty The Third Druk Gyalpo, during whose reign Bhutan’s modern socio-economic development journey began. UN membership reinforced Bhutan’s status as a sovereign nation and provided a global platform to proactively engage and contribute as a sovereign equal in the multilateral fora. The 50th anniversary this year provided an opportunity to reflect on our national journey in the last 5 decades, to celebrate 50 years of successful partnership between Bhutan and the UN, and more importantly to reflect on how we can collectively work to meet emerging challenges.