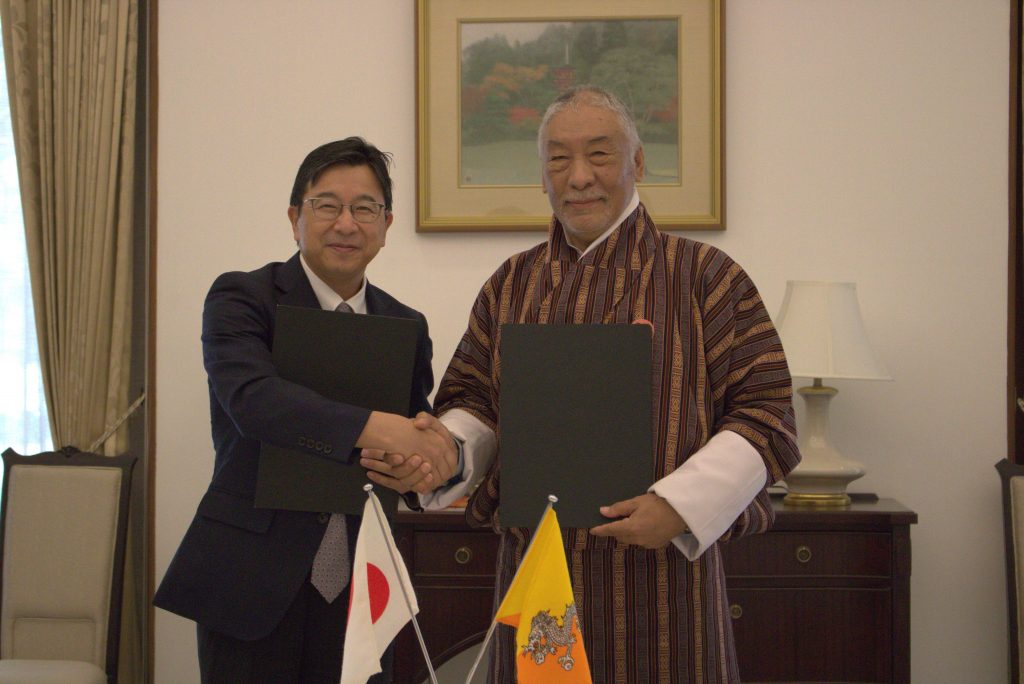 Ambassador of Bhutan to Japan V. Namgyel and Chargé d’Affaires, a.i. of the Embassy of Japan in New Delhi Mr. Kawazu Kunihiko signed the Exchange of Notes for COVID-19 Crisis Emergency Support Loan on 20th May 2022 in New Delhi.

Under this loan, the Government of Japan will extend ODA loan of Japanese Yen 3.3 billion to the Royal Government of Bhutan. The loan, which is provided to Bhutan by Japan at concessional rate and favourable terms of repayment, will help in Bhutan’s economic recovery efforts after the pandemic.

During the signing ceremony, Ambassador V. Namgyel said that under the leadership of His Majesty The King, Bhutan’s management of the pandemic has been exemplary. Now the priority of the Royal Government is to strengthen the economy which has suffered very seriously from the effect of the pandemic. He said that Japan’s ODA loan will be of immense help to Bhutan’s economic recovery efforts.

Mr. Kawazu Kunihiko expressed the hope that the COVID-19 Crisis Emergency Support Loan from Japan will have synergic effect on Bhutan’s development along with other forms of development and technical cooperation between Japan and Bhutan.