Joint Statement between Bangladesh and Bhutan on the occasion of the visit of H.E. Dr. Lotay Tshering, Hon’ble Prime Minister of the Kingdom of Bhutan, to Bangladesh from 23-25 March 2021

1. Hon’ble Prime Minister of the Kingdom of Bhutan H.E. Dr. Lotay Tshering paid a State Visit to Bangladesh from 23-25 March 2021 as the Special Representative of His Majesty Jigme Khesar Namgyal Wangchuck, King of Bhutan, to celebrate the Birth Centenary of the Father of the Nation of Bangladesh, Bangabandhu Sheikh Mujibur Rahman, and the Golden Jubilee of Bangladesh’s independence. He was accompanied by senior officials of the Royal Government of Bhutan and a cultural delegation.

2. The visit of H.E. Dr. Lotay Tshering to Bangladesh at a time of the global pandemic is an exceptional gesture of friendship and goodwill that so happily exist between the two countries.

3. On arrival at Hazrat Shahjalal International Airport in Dhaka, H.E. Dr. Lotay Tshering was received by H.E. Sheikh Hasina, Hon’ble Prime Minister of Bangladesh. He was presented a Guard of Honour and greeted by members of the cabinet and senior officials of the Government.

4. H.E. Dr. Lotay Tshering laid a floral wreath at the National Martyrs’ Memorial at Savar as a mark of respect to the memory of the sacrifices of the great freedom fighters of Bangladesh. He also visited the Bangabandhu Memorial Museum to pay tribute to Bangabandhu Sheikh Mujibur Rahman.

7. Foreign Minister of Bangladesh, H.E. Mr. A.K. Abdul Momen, called on the Hon’ble Prime Minister of Bhutan at the latter’s place of residence on 23 March 2021.

8. H.E. Dr. Lotay Tshering delivered the Bangabandhu Memorial Lecture at the National Parade Ground as a Special Guest at the programme organized to celebrate the Birth Centenary of Bangabandhu.

9. The official discussions between Bangladesh and Bhutan were held at the Prime Minister’s Office on 24 March 2021 in a warm and cordial atmosphere reflecting the time-tested friendship between the two countries.

10. During the official discussions, the Prime Minister of Bangladesh recalled with gratitude the invaluable support of His Majesty The 3rd King Jigme Dorji Wangchuck and the people of Bhutan towards Bangladesh’s fight for independence.

12. The two Prime Ministers recognized with deep satisfaction the manner in which the historic ties between Bhutan and Bangladesh have evolved over the years into a mutually beneficial relationship. They stated that the kinship, which is based on goodwill, friendship and understanding, is an example of good neighborliness, mutual respect, and cooperation.

13. Taking note of the challenges imposed by the ongoing pandemic, the two Prime Ministers congratulated each other for successful, effective, and timely initiatives taken by the respective governments. H.E. Dr. Lotay Tshering expressed gratitude to the Prime Minister and the Government of Bangladesh for the support rendered to Bhutan during the pandemic, including the provision of medical supplies.

14. The two Prime Ministers expressed happiness that both Bhutan and Bangladesh are well on track to graduate from the club of Least Developed Countries (LDCs) in 2023 and 2024 respectively despite the challenges posed by the Covid-19 pandemic.

15. Both sides expressed satisfaction at the recent signing of the Preferential Trade Agreement (PTA). They, however, noted that bilateral trade has been severely affected by the pandemic and that all-out efforts must be made to overcome the setbacks. In this regard, the two Prime Ministers emphasized holding the Commerce Secretary Level Meeting (CSLM) and Foreign Office Consultation (FOC) as soon as possible, and amend the SOP on the use of inland waterways, and finalize the Protocol to the Transit Agreement on a priority basis.

16. The two leaders emphasized the need for enhanced private sector cooperation, for which the Chambers of Commerce should come up with innovative ways of doing business. They also encouraged importers and exporters of Bangladesh and Bhutan to use the riverine route for the transport of goods as a viable alternative to road links.

17. The Prime Ministers noted the substantial progress made in the past towards signing an MOU among Bangladesh, Bhutan and India on trilateral cooperation in hydro-electricity. In order to move forward, they agreed that a Secretary-level meeting among the three countries should take place at an early date. They also decided to explore the possibility of bilateral cooperation in this sector.
18. H.E. Dr. Lotay Tshering thanked the Government of Bangladesh for its support toward the establishment of the Third International Internet Gateway and Bhutan’s proposal to purchase bandwidth from Bangladesh, which will ensure the reliability of internet and communications for Bhutan. The discussions between the concerned agencies of the two governments are at an advanced stage and he expressed the hope that the two sides will soon be able to agree on a rate that is mutually acceptable.
19. As a special gesture of goodwill and friendship, and as part of the celebrations of 50 years of Bhutan’s recognition of Bangladesh, Prime Minister Sheikh Hasina decided to provide Bhutan internet bandwidth at a friendly rate.

20. The Prime Minister of Bangladesh viewed that regional connectivity is one of the most important means of trade and that Bangladesh’s unique geographical location in the region provides an opportunity for all countries in the SAARC, BIMSTEC and BCIM to be connected by road. She reiterated the offer to Bhutan for full access to Bangladesh’s seaports.

21. The two Prime Ministers agreed to explore the possibilities of rail connectivity between Bangladesh and Bhutan through the recently inaugurated Chilahati-Haldibari rail inter-link between Bangladesh and India.
22. Following up on the decision taken during Prime Minister H.E. Dr. Lotay Tshering’s visit in April 2019, Prime Minister H.E. Sheikh Hasina expressed happiness at the fact that a total of 19 physicians and surgeons have joined various hospitals in Bhutan, and are serving there with good reputation. They expressed happiness that an increasing number of Bhutanese students are choosing Bangladesh as their preferred destination for undergraduate studies, particularly in medicine. 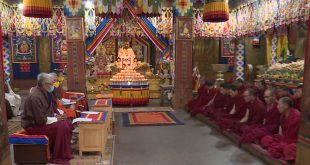 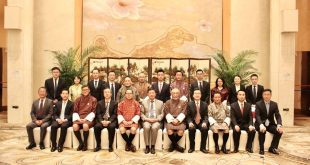 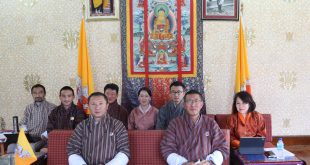 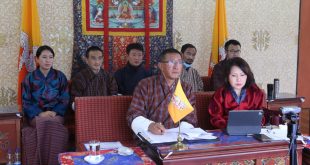