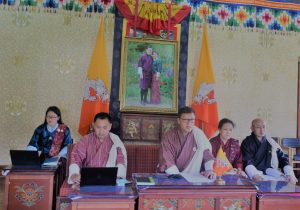 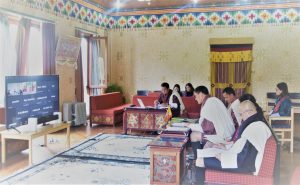 During the meeting, the two sides discussed the status of Japan’s assistance to Bhutan, Needs Survey 2021 and progress report on Mid-term Review of the 12th Five Year Plan. The two sides also reviewed the ongoing projects and deliberated on the new project proposals submitted by the Royal Government.

The Annual Consultations between Bhutan and Japan was instituted in 2006 and has since then served as a platform for the two Governments to review and exchange views on economic cooperation between the two countries. The meeting also provides an opportunity for the two sides to discuss other areas of mutual interest.

Mr. Sonam Tobgay conveyed the Royal Government’s deep gratitude and appreciation to the people and the Government of Japan for their continued support in Bhutan’s socio-economic development as well in our fight against the COVID-19 pandemic.