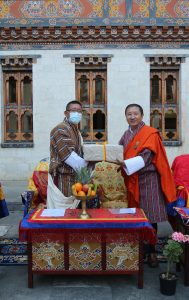 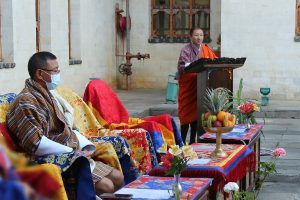 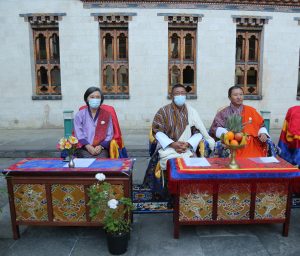 The Ministry of Foreign Affairs, in a simple ceremony, bid farewell to the Foreign Secretary, Ambassador Kinga Singye today.

Ambassador Kinga Singye started his career as a Trainee Officer in the Ministry of Foreign Affairs in April 1984. Since then, he served in various capacities in the Ministry, and the Royal Government’s Embassies and Missions overseas including as the Ambassador/Permanent Representative of Bhutan to the United Nations and other International Organizations in Geneva from December 2015 to July 2019. He also served as the Executive Head of the Bhutan Broadcasting Service from 2000 to 2003.

Ambassador Kinga Singye was appointed as Foreign Secretary in August 2019.
He has had an illustrious career in the Foreign Service and retires having successfully served for more than 37 years.
The Ministry would like to thank Ambassador Kinga Singye for his dedicated service and wish him good health, happiness and success in all his endeavors.
2021-10-15
Tashi Choden
Previous Press Release
Next Status of travel bans in different countries in the light of COVID-19 Pandemic