In view of the many queries raised recently in the media regarding the Bhutan – China boundary in the Doklam area the Ministry of Foreign Affairs would like to convey the following:

On 16th June 2017, the Chinese Army started constructing a motorable road from Dokola in the Doklam area towards the Bhutan Army camp at Zompelri. Boundary talks are ongoing between Bhutan and China and we have written agreements of 1988 and 1998 stating that the two sides agree to maintain peace and tranquility in their border areas pending a final settlement on the boundary question, and to maintain status quo on the boundary as before March 1959. The agreements also state that the two sides will refrain from taking unilateral action, or use of force, to change the status quo of the boundary.

Bhutan has conveyed to the Chinese side, both on the ground and through the diplomatic channel, that the construction of the road inside Bhutanese territory is a direct violation of the agreements and affects the process of demarcating the boundary between our two countries. Bhutan hopes that the status quo in the Doklam area will be maintained as before 16 June 2017. 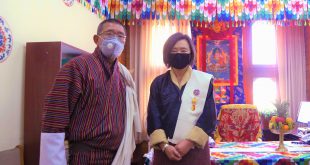 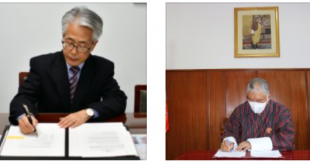 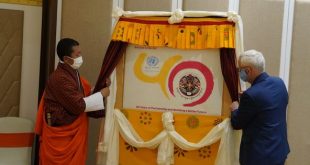 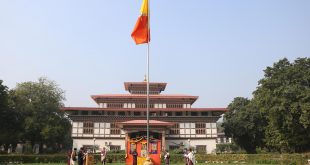 Celebration of the 41st Birth Anniversary of His Majesty The King at the Royal Bhutanese Embassy, New Delhi

The Royal Bhutanese Embassy joined the Nation in celebrating the most joyous occasion of the ...