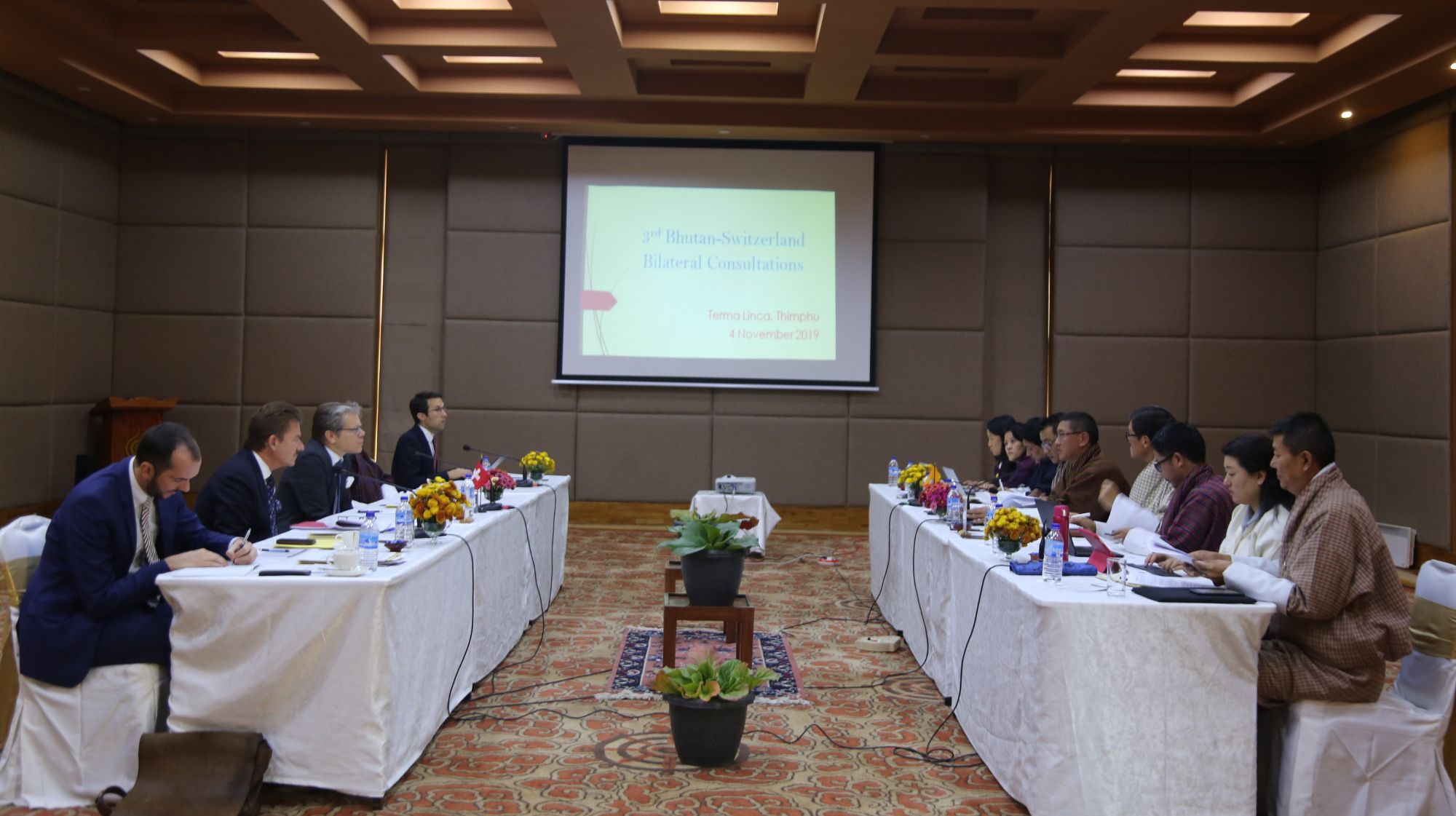 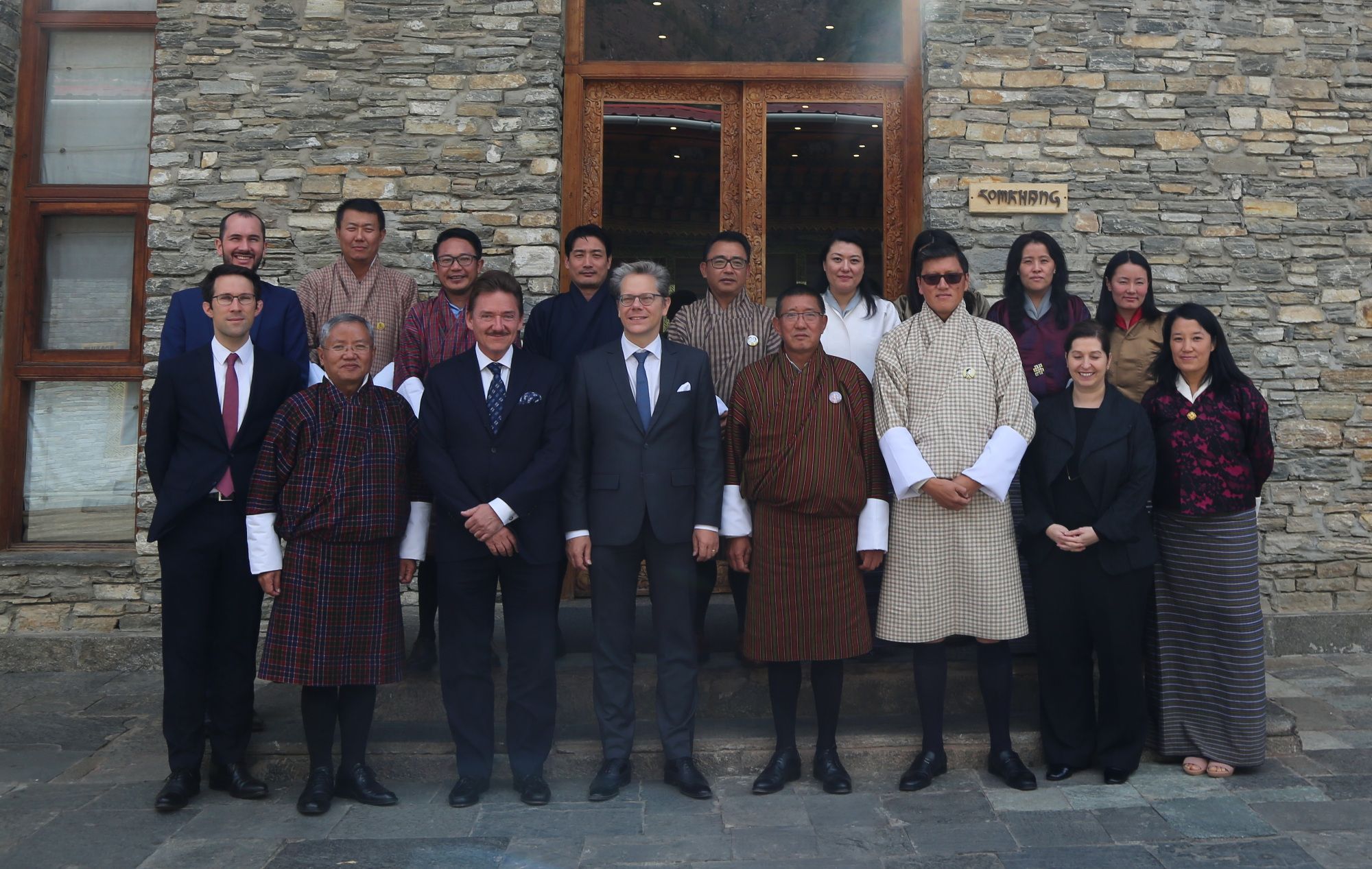 The third bilateral consultations between Bhutan and Switzerland were held today in Thimphu.

The Swiss delegation was led by Ambassador Raphael NAGELI, Assistant State Secretary for
Asia and the Pacific Division, Federal Department of Foreign Affairs and included H.E. Dr.
Andreas BAUM, Ambassador of Switzerland to Bhutan, and other officials from Switzerland
and the Embassy of Switzerland in New Delhi. The Bhutanese delegation was led by
Ambassador Kinga Singye, Foreign Secretary, and the delegation included officials from various
government organizations and the Bhutan Chamber for Commerce and Industry (BCCI).

During the consultations, the two side exchanged views on the recent political developments in
Bhutan and Switzerland and discussed their bilateral cooperation, cooperation in the United
Nations and other multilateral organizations and the importance of the regional groupings. The
two sides also had significant discussions on building business to business linkages and on the
overall aspects of attracting foreign direct investments to Bhutan.

Switzerland has been an important development partner of Bhutan since 1960s and the
development cooperation between the two countries today focus on the key areas of vocational
education, decentralization and local governance, and civil society.

Formal diplomatic relations between Bhutan and Switzerland was established on 16 September
1985. However, Bhutan’s relationship with Switzerland dates back to the close personal
friendship between Late His Majesty Jigme Dorji Wangchuck and the Von Schulthess family of
Zurich in the 1950s.