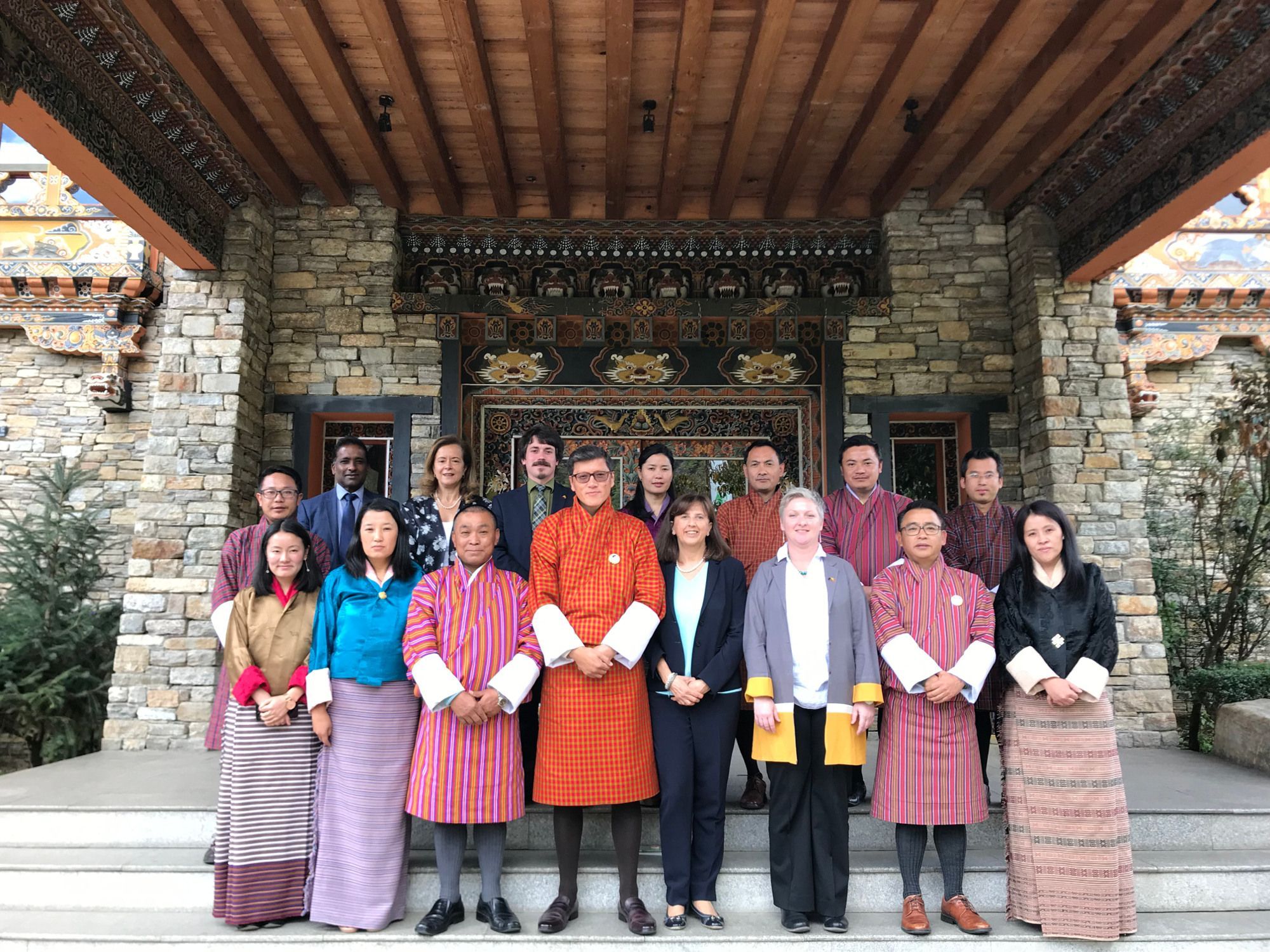 The Eighth Biennial Consultations between the Royal Government of Bhutan and the European Union was held in Paro on 5 November 2019. During the consultations, which was held in a friendly atmosphere, the two sides exchanged views on a wide array of subjects and agreed that EU-Bhutan relations have gained good political momentum with several meetings at the highest levels in the recent years.

The EU delegation described the EU-Bhutan relations as a model partnership, both on bilateral and multilateral issues, and expressed its appreciation to Bhutan for being an ally in international fora, especially on environment and climate change-related issues.

On behalf of the Royal Government of Bhutan, the leader of the Bhutanese Delegation conveyed Bhutan’s deepest appreciation to the EU and its Members States for its generous support in the past three decades. The Bhutanese side conveyed that it deeply values its partnership with EU and assured its full commitment to this relationship.

The EU delegation commended Bhutan’s achievements in areas such as human rights – especially the efforts to safeguard women’s and children’s rights and promote gender equality, good governance and democratic consolidation, combating climate change, reducing poverty and its flourishing cooperation with civil society organisations. The EU also noted the constructive participation of Bhutan in the Universal Periodic Review session in May this year and underlined the need for Bhutan to start implementing all recommendations accepted by the Royal Government of Bhutan. The EU delegation encouraged RGoB to ratify the remaining human rights conventions so that Bhutan can qualify under the GSP+ scheme in order to continue to have preferential access to EU markets.

The meeting reviewed on-going development cooperation under the Multi-Annual Indicative Programme for the period 2014-2020, noting the progress made in the implementation of the programmes supported by the EU. The EU confirmed that the bilateral allocation for the current cycle (2014-2020) has been revised to €49.3 million (from €42 million). With additional assistance from other regional and thematic funding mechanisms in areas such as education, climate change and trade, the EU’s total support to Bhutan stands at €71 million, making EU one of the major donors to Bhutan. The EU channels almost 80% of its support through the national budget and the country’s systems, thus strengthening national capacities and ensuring ownership. EU’s budget support is further evidence of the maturity of the bilateral relationship.

Bhutan’s impending graduation from the Least Developed Countries category was also discussed. The Bhutanese delegation briefed the meeting on the 12th Five Year Plan and highlighted its priority areas and last mile challenges with regard to LDC graduation, and welcomed the commitments of the EU to continue its engagement in Bhutan’s development plans.

The meeting also discussed the priorities for the EU – Bhutan partnership after the current Multiannual Financial Framework. The EU confirmed its assistance to Bhutan would continue during the transition and beyond graduation from LDC in 2023. The EU also committed to work together with Bhutan to ensure social and economic development with due consideration to the natural environment. In light of the need to reorient and expand the areas of cooperation for future partnership between Bhutan and the European Union, especially after Bhutan’s graduation from the category of LDC, the EU delegation highlighted the possibility of blending grant and low cost loans from the European Investment Bank to support investments.

Taking note of the positive momentum reached in the bilateral relationship both sides agreed to increase the frequency of future consultations from biennial to annual and agreed to hold the next consultations in November 2020 in Brussels.