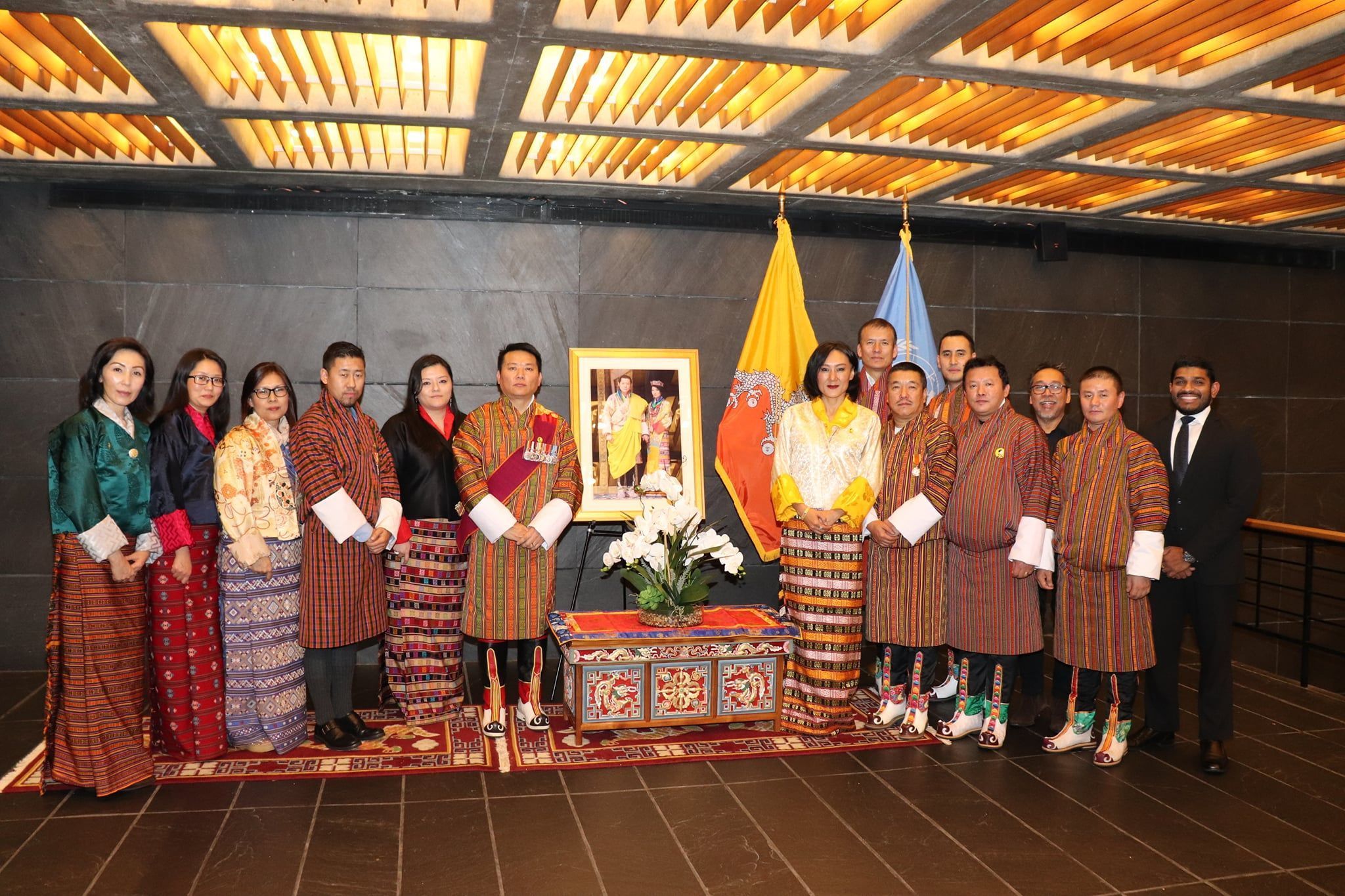 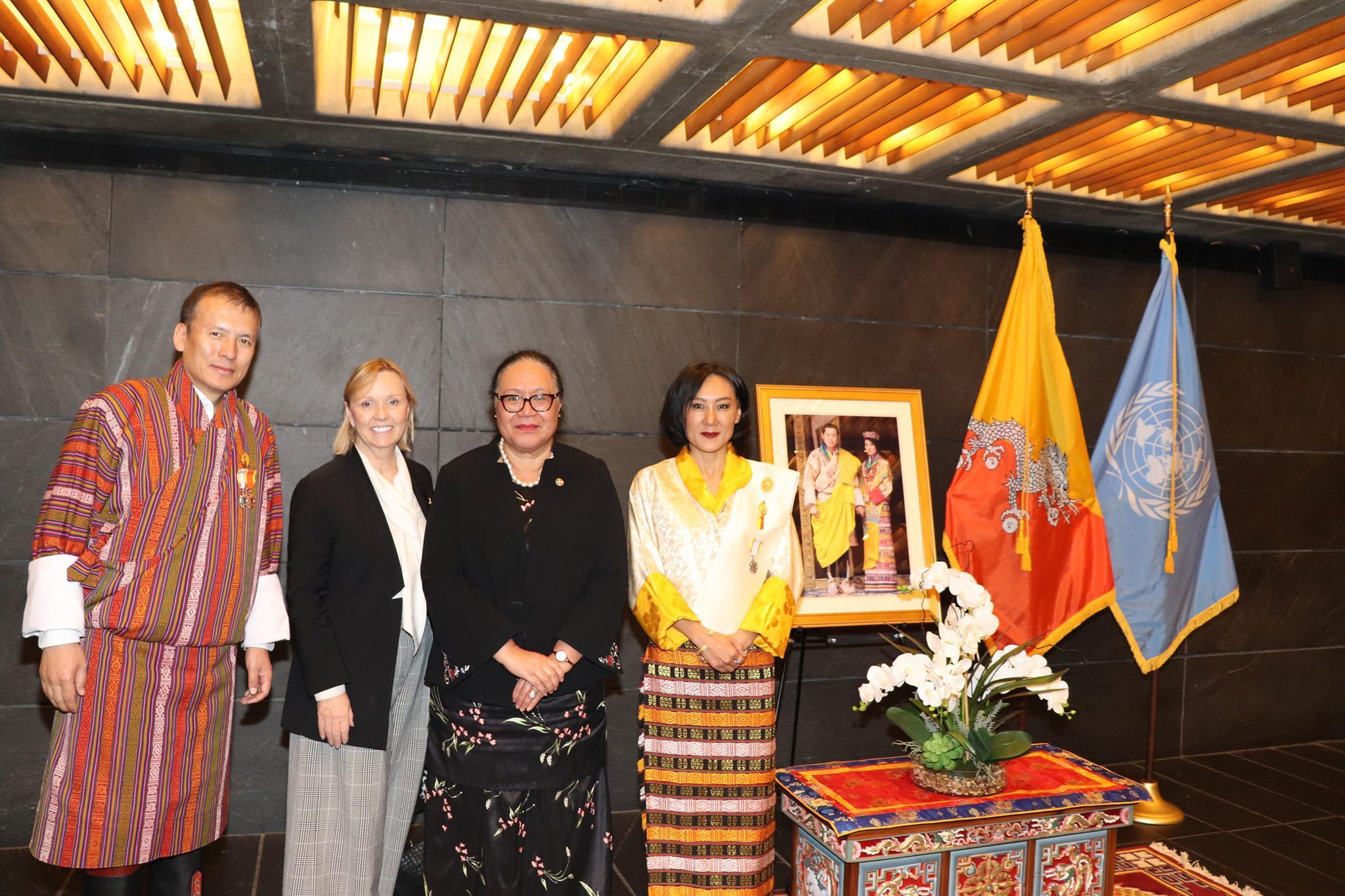 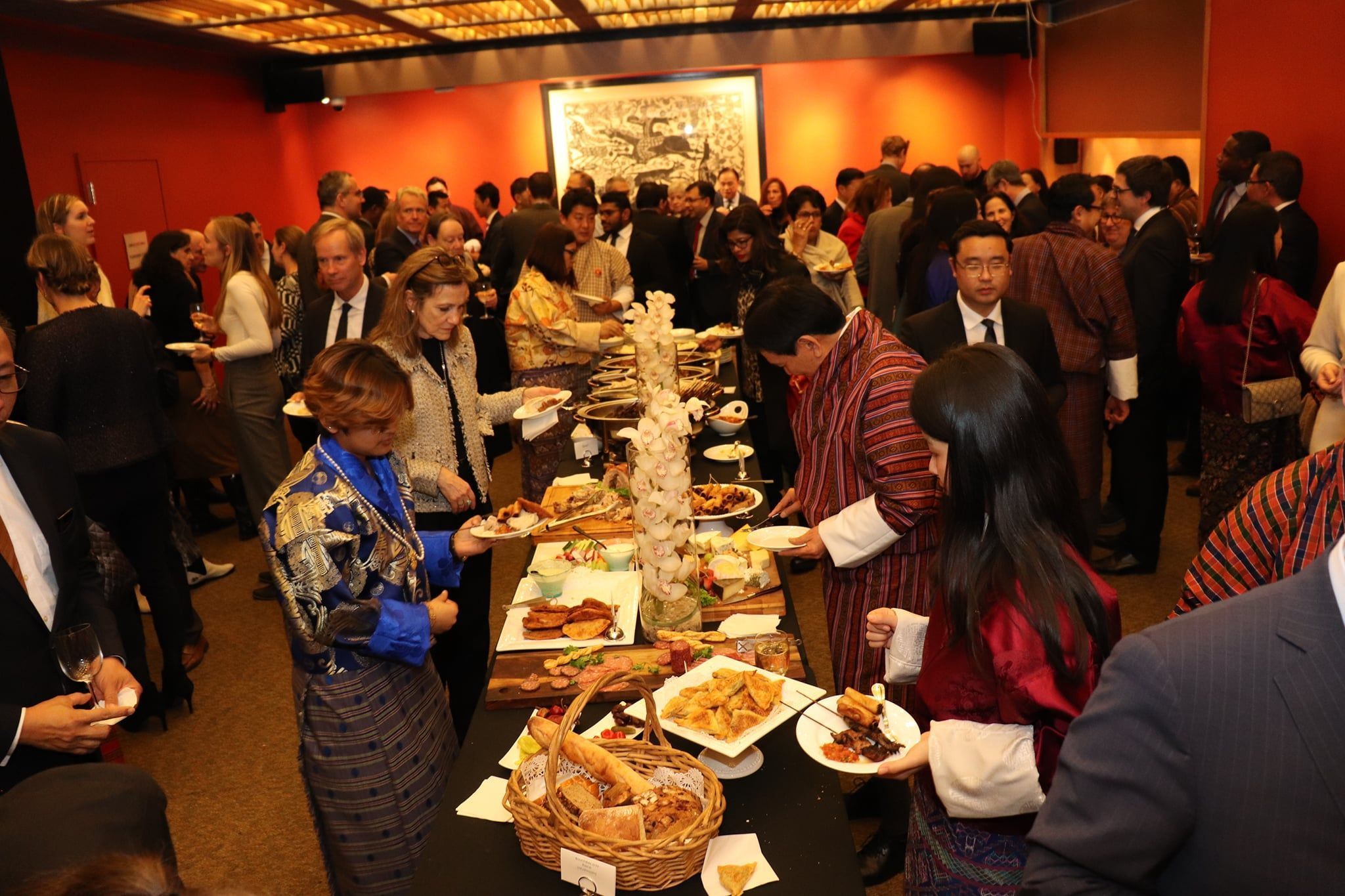 In celebration of the 112th National Day of the Kingdom of Bhutan, the Permanent Mission of Bhutan to the United Nations hosted a reception in New York on 17th December 2019. Heads of Missions and representatives of UN Member States, Senior Officials of the United Nations, long standing friends of Bhutan, and Bhutanese nationals offered their wishes for the good health and long life of Their Majesties the King and Queen, HRH the Gyalsey, His Majesty the Fourth King, as well as for the continued peace, prosperity and happiness of Bhutan and the Bhutanese people.

H.E. Ambassador Doma Tshering, Permanent Representative of Bhutan to the UN, said that the establishment of monarchy in Bhutan was a watershed moment in Bhutan’s history, ushering in a period of unity, peace and progress to the country. National Day is a time for Bhutanese to celebrate our rich heritage and pay tribute to the legacy of our great Monarchs, but also a time to reflect on current challenges and opportunities that lie ahead.

“Bhutan has long aspired to grow in a sustainable manner, prioritizing both the well-being of its citizens and environmental conservation. As we proceed along the path of graduation from the list of Least Developed Countries in 2023, we recognize our national efforts must continue in order to make the 2030 Agenda for Sustainable Development a reality for all our people, and to realise the vision of Gross National Happiness in Bhutan.”

She said that as His Majesty was pleased to pronounce in the Royal Address to the Nation, in a world that is rapidly changing, Bhutan requires a 21st Century economic roadmap, and 21st Century education for our youth, and must ensure that we are enabled to seize the opportunities presented by the extraordinary advances in scientific discovery, technology and innovation.

“In doing so, we recognize that neither our size, nor our modest resources,
can constrain the fortitude of our conviction in the principles enshrined in the Charter of the UN, our belief in collaboration, in partnerships, in an equitable and just rules based international order with the UN at its core.”

Bhutan was admitted to the United Nations as the 129th Member State on 21st September 1971. 2020 will mark the 75th Anniversary of the establishment of the Organisation.