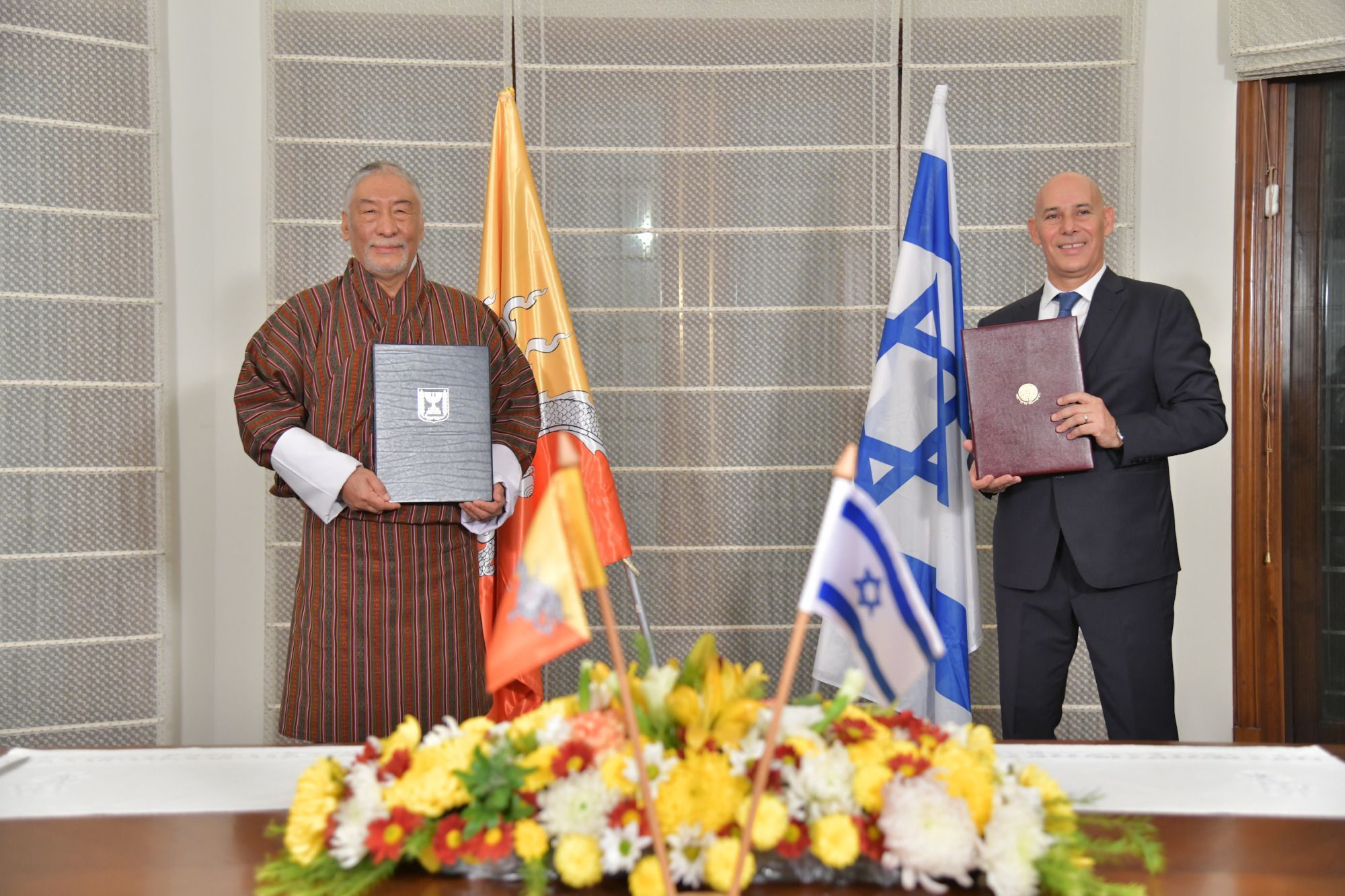 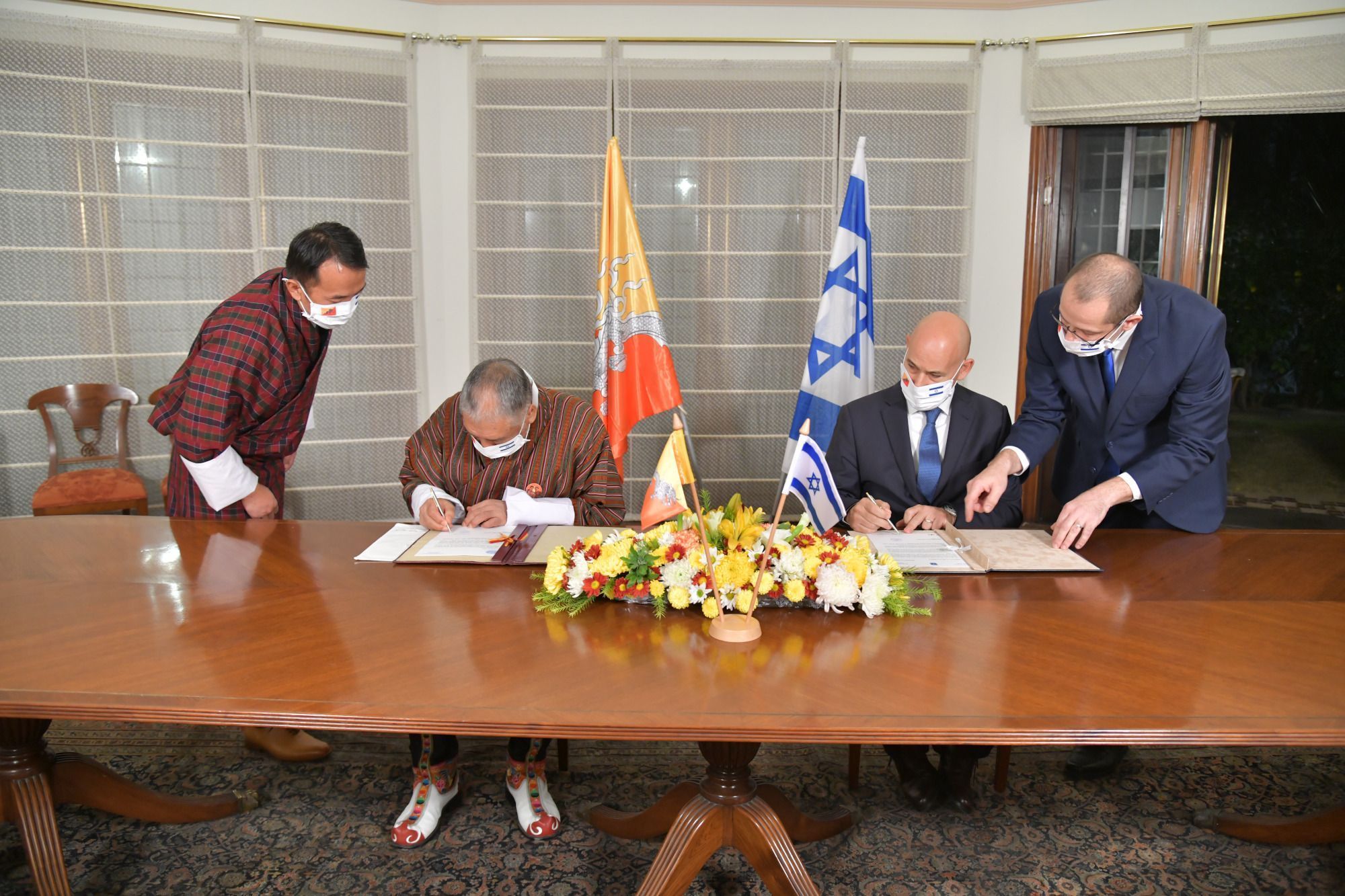 The Notes Verbale on the establishment of diplomatic relations were exchanged between H.E. Major General Vetsop Namgyel, Ambassador of Bhutan to India, and H.E. Dr. Ron Malka, Ambassador of Israel to India, on 12th December 2020, at the Embassy of the State of Israel in New Delhi.

During the Exchange of Notes Verbale ceremony, the two Ambassadors recognized the growing engagements between Bhutan and Israel and welcomed the establishment of diplomatic relations.  They reiterated the shared desire of the two countries to further strengthen bilateral cooperationto the benefit of both peoples. In addition to deepening cooperation in areas including economic, technological and agriculture development, the two Ambassadors highlighted that the ties between the peoples through cultural exchanges and tourism would also be further enhanced.

Following the ceremony Foreign Ministers of the two countries, Lyonpo Dr.Tandi Dorji of the Kingdom of Bhutan, and Gabi Ashkenazi of the State of Israel sent mutual congratulations.

Israel and Bhutan have enjoyed cordial relations marked by friendship and cooperation, even in the absence of diplomatic relations. Israel has supported Bhutan’s human resource development since 1982, especially in the area of agriculture development that has benefitted hundreds of Bhutanese youths.

The establishment of diplomatic relations would create new avenues for cooperation between the two countries in water management, technology, human resource development, agricultural sciences and other areas of mutual benefit.