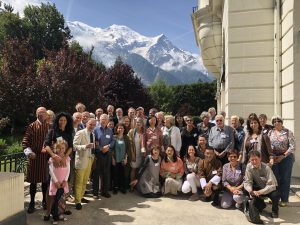 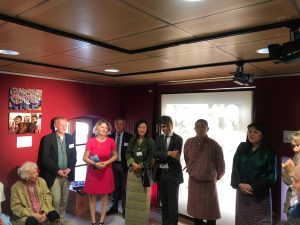 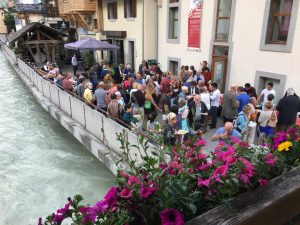 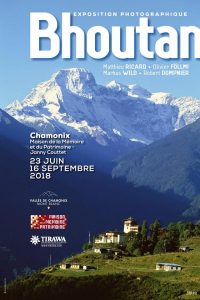 The Biennial Meeting of the European Bhutan Friendship Associations was held in Geneva, Switzerland and Chamonix, France from 21 to 23 June 2018.  The meeting was co-hosted by Society Switzerland-Bhutan and Les Amis du Bhoutan (Friends of Bhutan), France.

Over 50 members of 14 Friendship Associations from 13 European countries (Czech Republic, Denmark, France, Germany, Greece, Hungary, Italy, Netherlands, Norway, Poland, Sweden, Switzerland and the United Kingdom) attended the event, along with the Honorary Consuls of Bhutan in Germany and the Netherlands, the Director of the Tourism Council of Bhutan and officials from the Permanent Mission of Bhutan to the UN in Geneva and the Royal Bhutanese Embassy in Brussels.

The second part of the event was held at the Majestic Congress Centre in Chamonix, France on 22nd and 23rd June 2018.  Kutshab Pema Choden, RBE Brussels, delivered the welcome address.  She briefed the gathering on significant political and economic developments in Bhutan.  She conveyed the sincere appreciation and gratitude of the Royal Government and the Bhutanese people to the Friendship Associations for their long-standing support to Bhutan and for promoting friendship between Bhutan and Europe. She also congratulated Dr. Francoise Pommaret (President of Les Amis du Bhoutan, France), Mr. Einar Kipennes (President of Norway Bhutan Friendship Association), Mr. Werner Kuelling (member of Society Switzerland Bhutan) and Mr. Michael Rutland (Vice President of UK Bhutan Society) on being awarded the National Order of Merit (Gold) by His Majesty the King for their service to Bhutan.

The event included presentations by the Friendship Associations on their activities, a panel discussion on tourism in mountainous areas with Aum Chhimmy Pem, Director, Tourism Council of Bhutan and tourism representatives from France and Switzerland, a film on the conquest of Chamonix by Ms. Jeanne Mascolo (member of Les Amis du Bhoutan), a presentation on withdrawal of glaciers by French glaciologist Mr. Luc Moreau with site visit to the Mer de Glace (Sea of Ice) glacier near Chamonix, and a photo exhibition on Bhutan which was organized with the support of the Chamonix Tourism Office and Tirawa, a French travel agency specializing in Bhutan, with photos contributed by Mr. Robert Dompnier (member of Les Amis du Bhoutan), Mr. Markus Wild (member of Society Switzerland Bhutan), Mr. Mathieu Ricard and Mr. Olivier Follmi.  The photo exhibition will continue till 16 September 2018.  Mr. Eric Founier, Mayor of Chamonix hosted a lunch reception for the gathering and also inaugurated the photo exhibition.

There are 16 friendship associations in 15 countries across Europe: 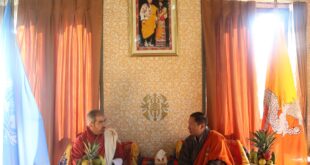 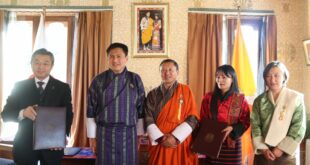 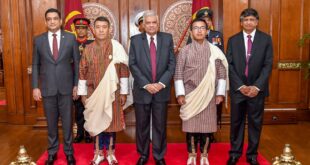 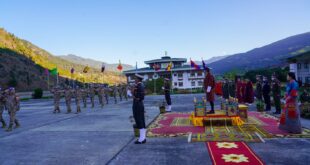