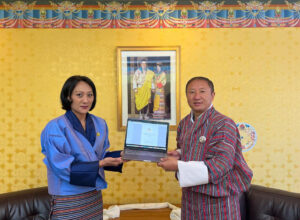 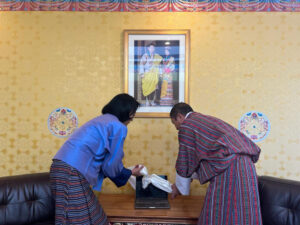 Since then we have come a long way. Membership of the UN reaffirmed our status as a sovereign independent country and laid the foundations for cooperation with the UN and its specialized agencies.

Given the significance of Bhutan’s accession to the UN and development milestones achieved under the dynamic leadership of our monarchs in the last 50 years, the Ministry dedicated the third edition of its publication Chidrel Tawaa to the theme “50 years of Bhutan’s membership to the UN”.

Coinciding with this auspicious occasion, Hon’ble Foreign Minister launched the third edition of Chidrel Tawaa 2022 virtually from the Permanent Mission of the Kingdom of Bhutan to United Nations, New York on 21st September 2022.

Foreign Minister Lyonpo (Dr.) TandiDorjiwill be on an official visit to Australia from 10 to ...