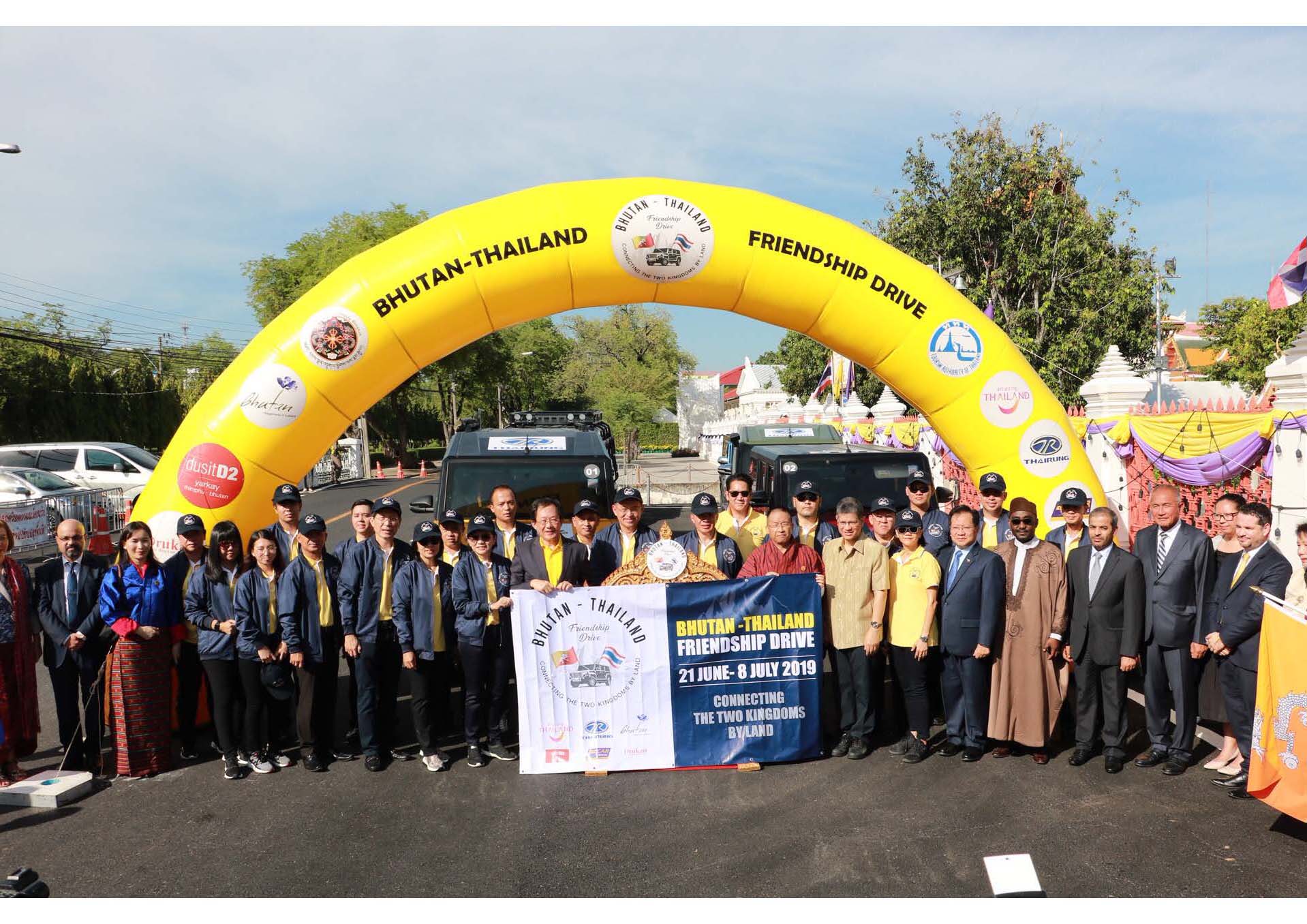 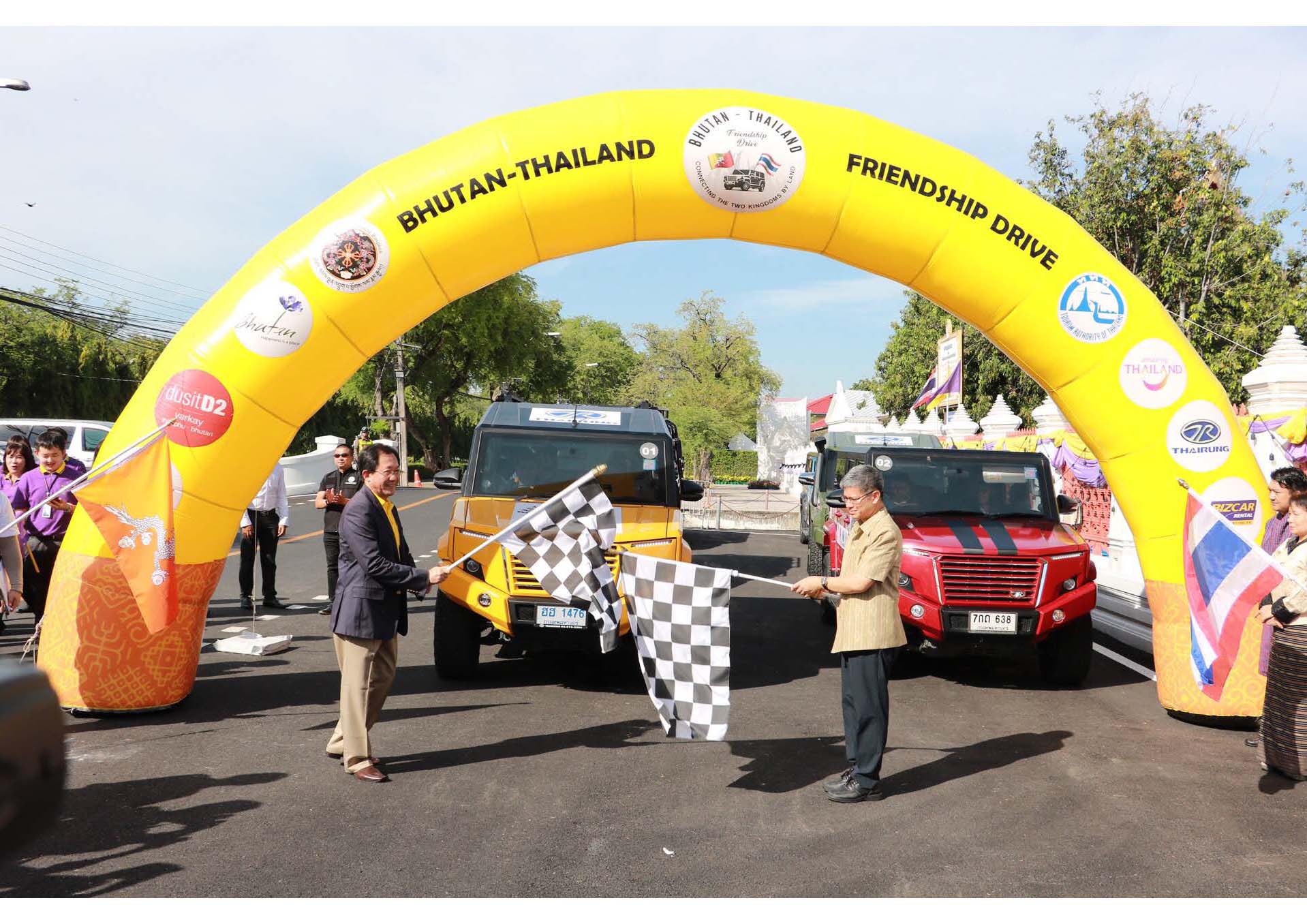 The Royal Bhutanese Embassy in partnership with the Tourism Authority of Thailand and Thairung Union Car Public Company Limited is organizing the first ever road journey from Bangkok, Thailand to Thimphu, Bhutan from 21st to 28th June, 2019. The drive themed “Bhutan-Thailand Friendship Drive – Connecting Peoples of the Two Kingdoms by Land” is one of the flagship events to commemorate the 30th Anniversary of the establishment of Diplomatic Relations between the two Kingdoms.

The event is aimed at further strengthening the bonds of contact and friendship between the two Kingdoms. It is also to celebrate the auspicious year of the Royal Coronation given our mutual love and reverence to the institution of Monarchy. The friendship drive is expected to enhance awareness of Bhutan-Thailand relations and open up a new avenue for people to people linkages, trade, commerce and tourism, taking forward the concept of “Two Kingdoms, One Destination”.

The Friendship Drive which is being flagged off today, kicks off the commemorative activities for the celebration of the 30th Anniversary of establishment of Diplomatic relations between Bhutan and Thailand.

A team of 21 participants comprising officials from the Royal Thai Government, Royal Bhutanese Embassy, Thairung and 2 youth representatives (one each from Bhutan and Thailand) will make the eight-day road journey covering a total distance of 3000 km. The team will travel through Myanmar and India following the Myanmar-Thailand-India trilateral highway and enter Bhutan through Phuentsholing on 27th June, 2019. The team will be received in Thimphu on 28th June, 2019.

Joining of new Chief of Protocol

His Majesty The King awarded Kabney and Patang to Zhung Dronyer (Chief of Protocol) Ugyen ...