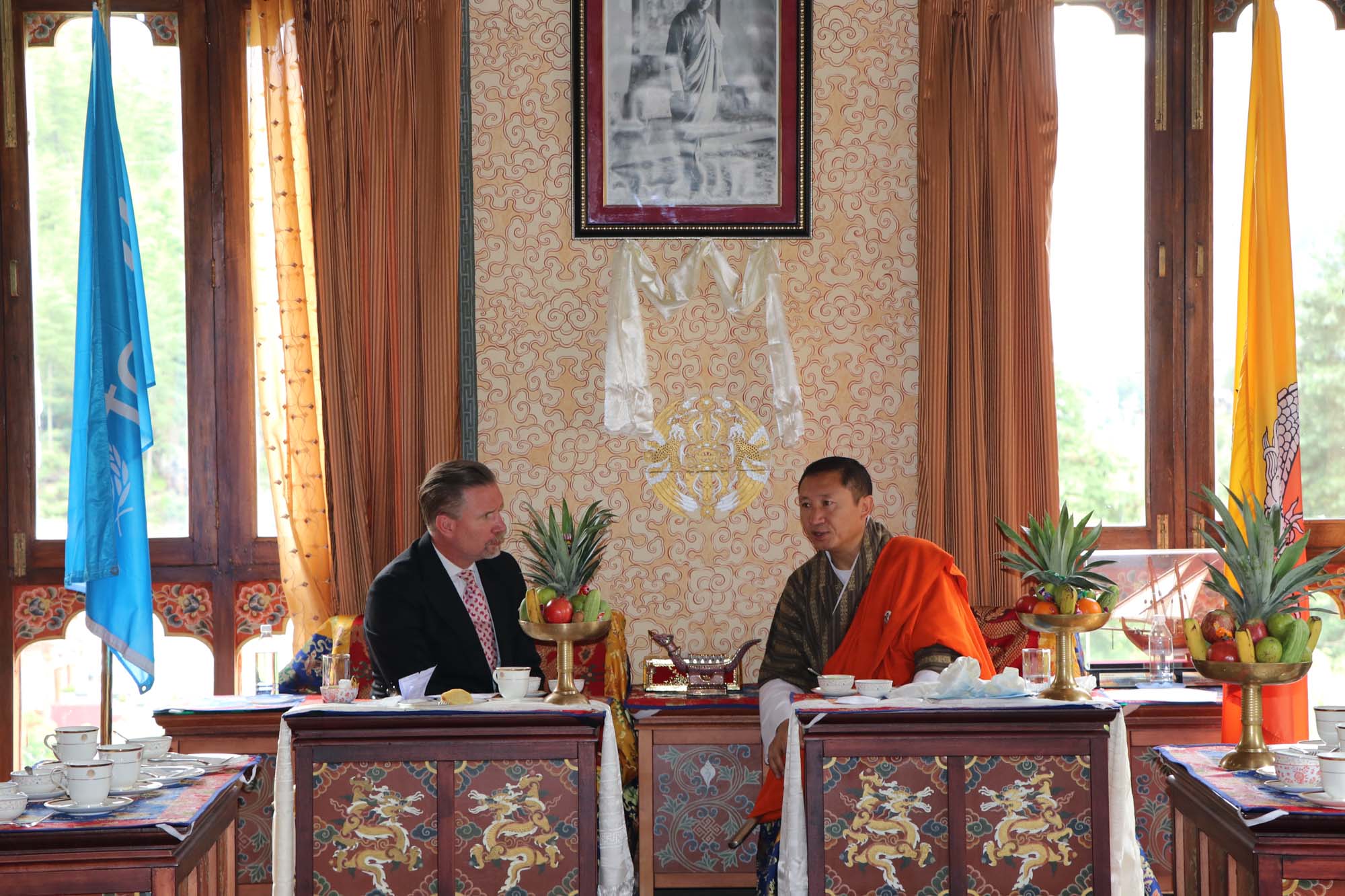 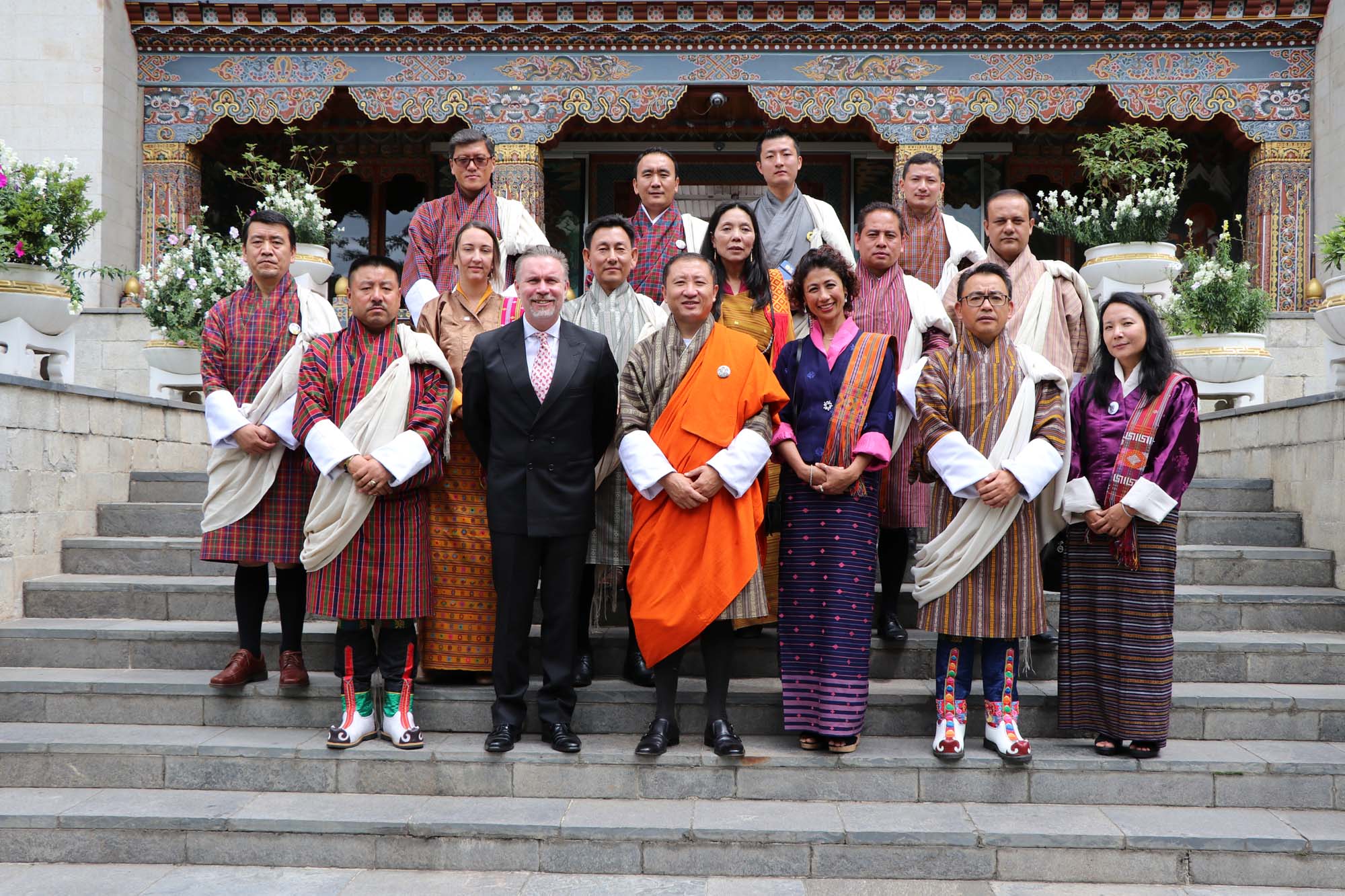 The Resident Representative of the UNICEF Country Office in Bhutan Mr. William Parks presented his Credentials to the Hon’ble Minister for Foreign Affairs, Lyonpo Dr. Tandi Dorji, at a ceremony conducted at the Gyalyong Tshogkhang on 01 August 2019.

The UNICEF Country Office was established in Bhutan on 17 March 1994.