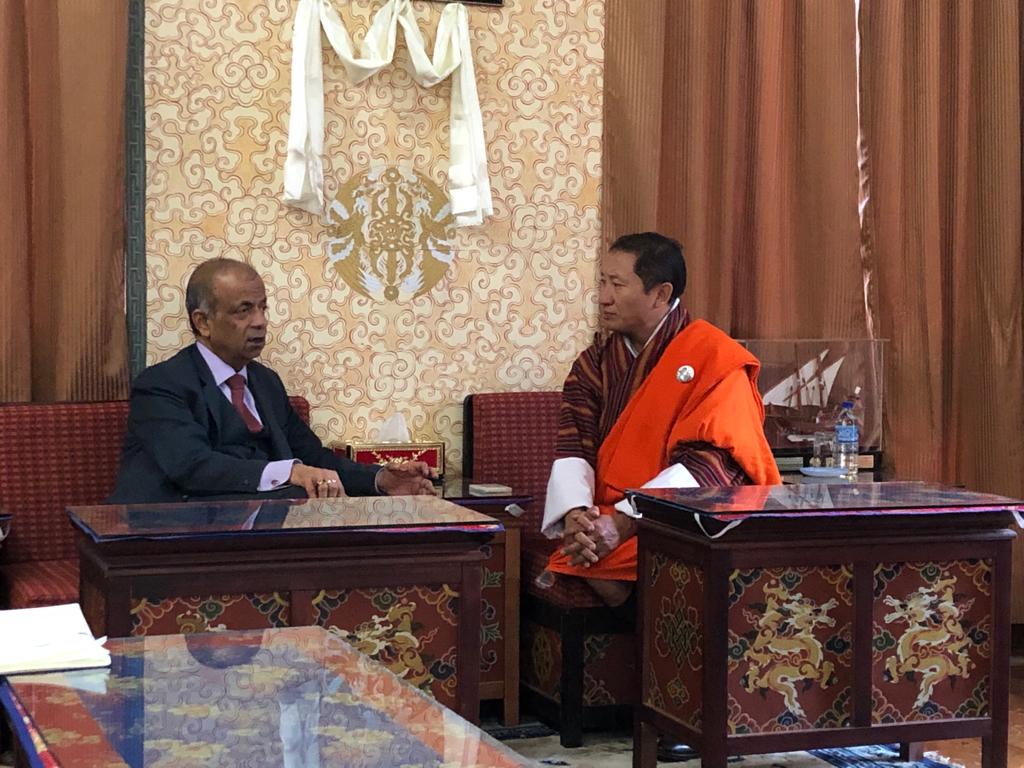 His Excellency Mr. Atul Khare, Under Secretary General, Department of Operational Support, United Nations arrived in the Capital on a two-day official visit to Bhutan from 18-20 October 2019.  His arrival marks the first high-level visit from the Department of Operation Support of the UN Secretariat which provides operational support to all UN peacekeeping missions around the world.

During the visit, the USG will be granted an Audience by His Majesty the King and meet senior officials in the Royal Government.   He will visit the UN Peacekeeping Centre at Taba, and inspect Bhutan’s military contingent owned equipment facility in Shaba, Paro.  He is also expected to address a gathering on “Bhutan’s contributions to UN peacekeeping.”

The UN Peacekeeping is a global partnership which help countries devastated by conflict to make the difficult and complex transition from conflict to peace. Bhutan began participating in the UN Peacekeeping in September, 2014.  The assignment of a Military Observer at UNTSO (United Nations Truce Supervision Organization) and two Staff Officers at MINUSCA (United Nations Multidimensional Integrated Stabilization Mission) in Central African Republic marked the first and historic participation of the Bhutanese Armed Force Officers as a “Blue Beret” under the UN flag.