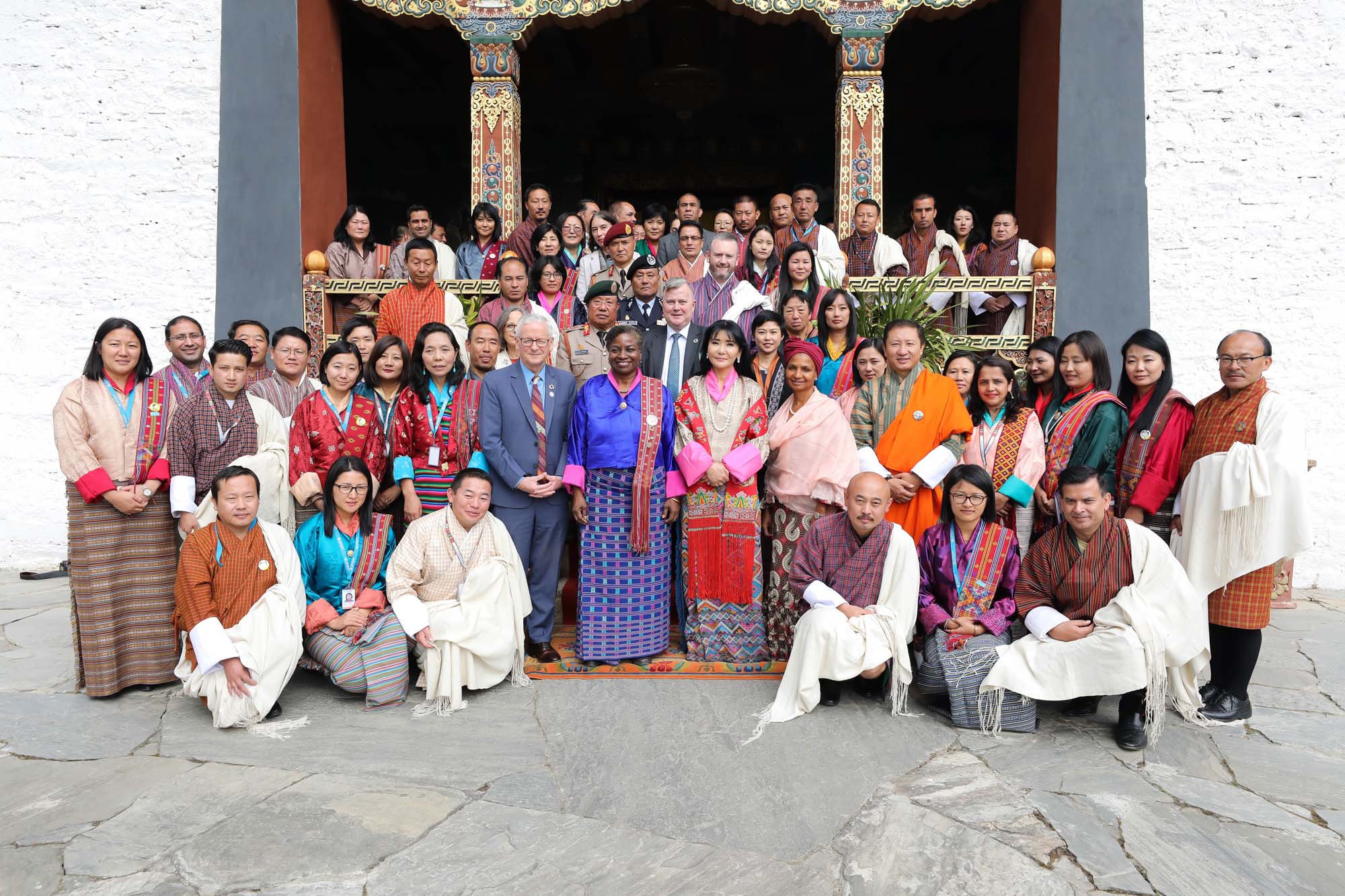 The Royal Government of Bhutan (RGoB) celebrated the 74th anniversary of the establishment of the United Nations Organization on 24th October 2019 at the Tara Lha-den Zhingkham, Pangrizampa. The celebration was graced by Her Majesty Gyalyum Sangay Choden Wangchuck as the Guest of Honour.

The event was attended by Dr. Natalia Kanem, Under-Secretary-General and Executive Director of UNFPA, officials of the United Nations, senior government officials and members of the diplomatic community.

In his statement, Lyonpo (Dr) Tandi Dorji, Hon’ble Minister for Foreign Affairs thanked the UN on behalf of the Royal Government of Bhutan (RGoB) for their contributions to Bhutan’s developmental efforts and reaffirmed the value attached to RGoB’s partnership with UN agencies.

Bhutan became a member of the United Nations on 21st September 1971.