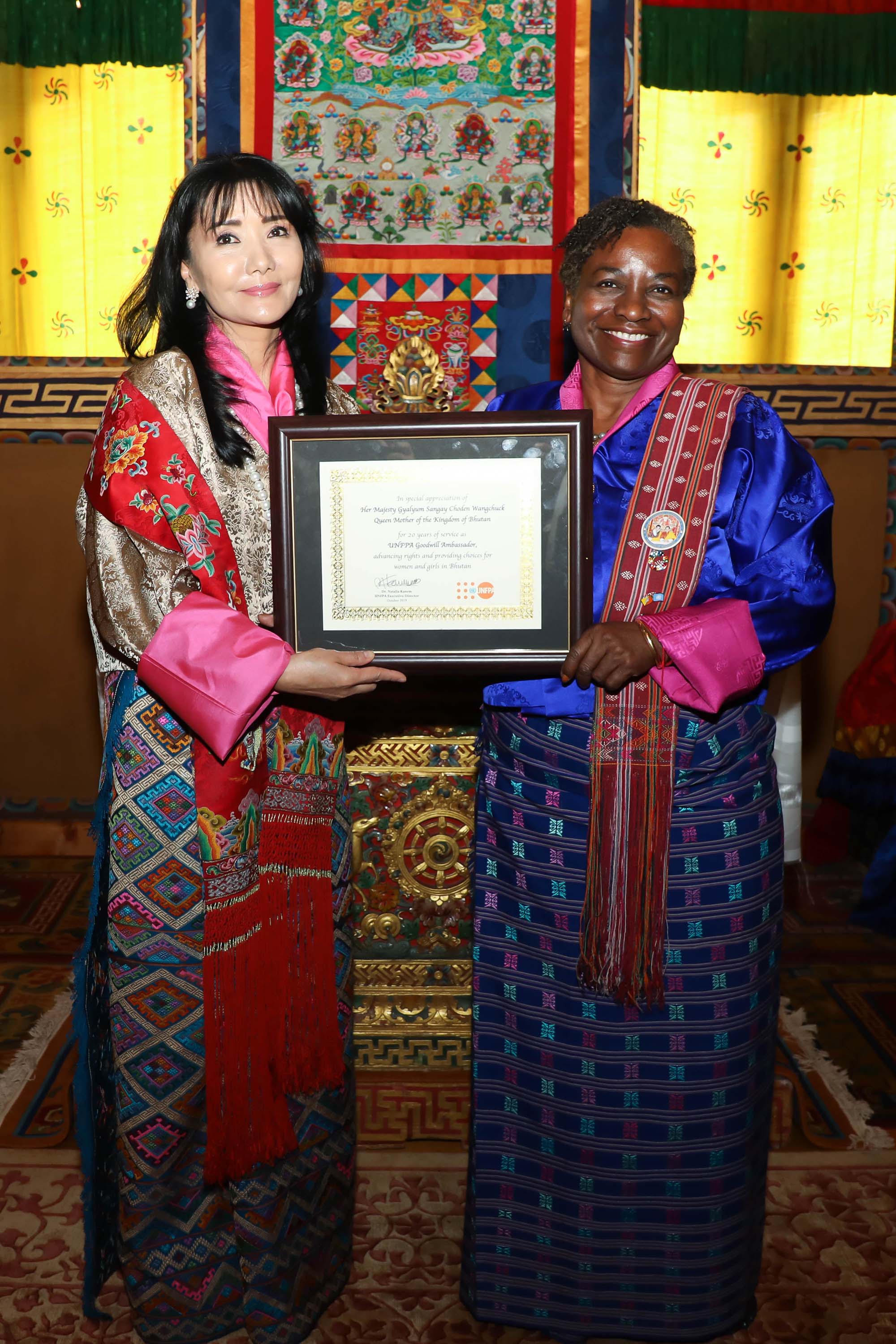 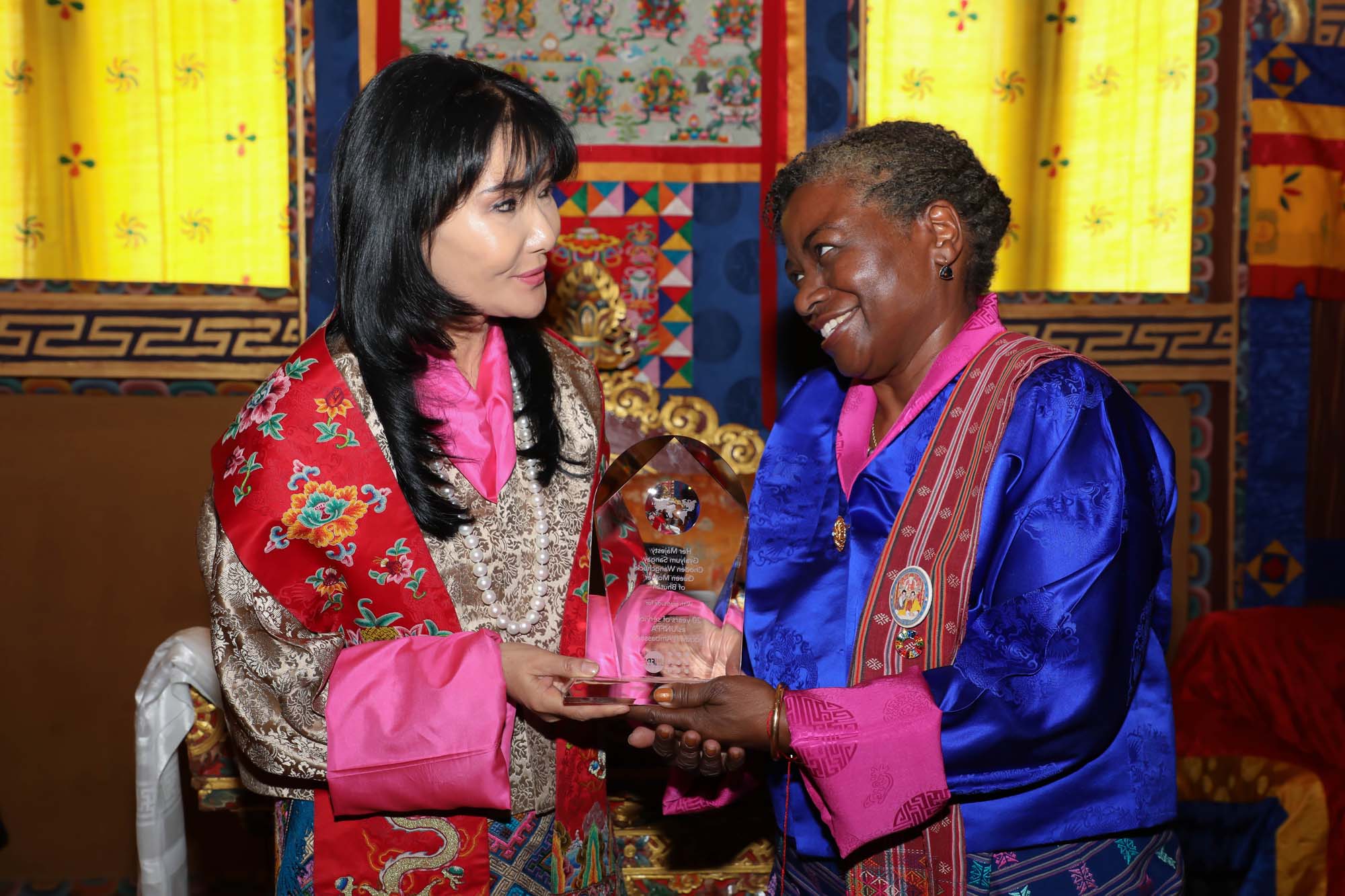 Coinciding with the UN Day celebrations on 24th October 2019, Dr. Natalia Kanem, Under-Secretary-General and Executive Director of UNFPA presented an award to Her Majesty Gyalyum Sangay Choden Wangchuck, in recognition of Her Majesty’s role in helping advance the rights of women and girls in Bhutan as the Goodwill Ambassador of UNFPA for the last 20 years.

In her remarks, Dr. Kanem acknowledged the contribution by Her Majesty and for being a driving force behind UNFPA’s advocacy efforts in Bhutan. She commended Her Majesty for being a strong role model for women and girls in Bhutan and travelling to remote villages of Bhutan to raise awareness on issues ranging from safe motherhood to sexually transmitted diseases and HIV/AIDS.

Her Majesty accepted the role as UNFPA Goodwill Ambassador in January 1999. Since then, Her Majesty has led numerous advocacy programs on HIV/AIDS, reproductive, sexual and mental health throughout the country. Her Majesty also established a civil society organization named, ‘RENEW’ which is an acronym for Respect, Educate, Nurture and Empower Women in 2004, to empower vulnerable women, especially victims and survivors of domestic violence.