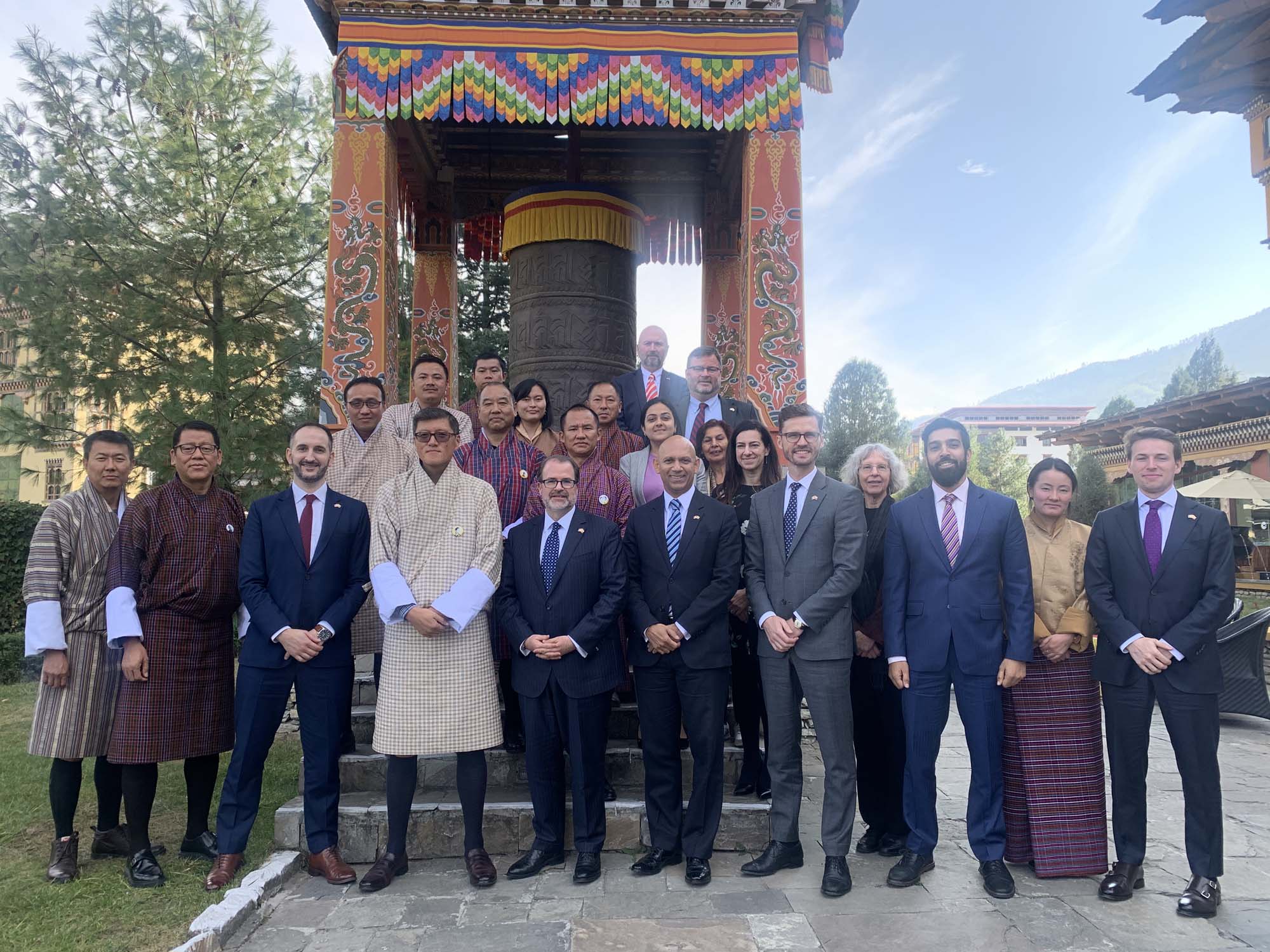 The First Biennial Consultations between the Royal Government of Bhutan and the Government of Canada was held in Thimphu, on 25th November 2019, following the signing of the Memorandum of Understanding, to establish a bilateral consultation mechanism between the two Foreign Ministries, on 12 December 2018.

During the consultations which were held in a warm and friendly atmosphere, the two sides exchanged views on the recent political and economic developments in Bhutan and Canada, discussed bilateral cooperation, cooperation in the United Nations and other multilateral fora. Bhutan provided briefings on the status of the 12th Five Year Plan, the flagship programmes, the revised Foreign Direct Investment Policy and the TVET reform. The two sides also held in-depth discussions on collaboration in the fields of health, sustainable mining and higher education and employment opportunities for Bhutanese in Canada.

Canadian assistance to Bhutan in the past had mainly been in the education sector through the training of Bhutanese teachers and educationists at the University of New Brunswick (UNB). From education, cooperation between Bhutan and Canada has expanded and now encompasses a wide range of areas. Most recently, the Canadian Government has added Bhutan on the list of countries eligible for Canadian Government scholarships. Canada has also been funding projects in various sectors in Bhutan through the Canada Fund for Local Initiatives and the Canada-Asia Trade and Investment for Growth Program. Canada and Bhutan are also looking at collaborating on projects through the Pilot Mission Deployment Fund.

Formal diplomatic relations between Bhutan and Canada was established in June 2003. The two countries enjoy warm and cordial relations that date back to the work of the Canadian Jesuits in the 1960s. Canadian Jesuits were responsible for opening some of Bhutan’s premier educational institutions such as Kanglung, Khaling and Punakha High Schools.