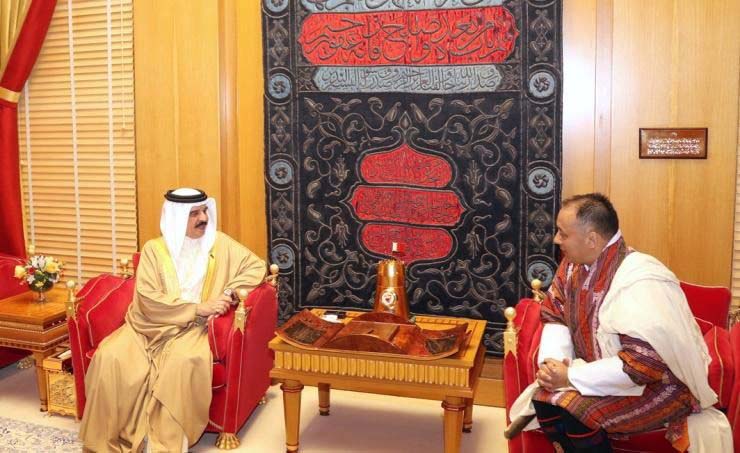 On 15th October 2019, Ambassador Tshering Gyaltshen Penjor presented his credentials as Ambassador Extraordinary and Plenipotentiary of the Kingdom of Bhutan to the Kingdom of Bahrain to His Majesty King Hamad bin Isa Al Khalifa at Al-Sakhir Palace in Manama.

While presenting his credentials, Ambassador conveyed warmest greetings and best wishes of His Majesty The King to His Majesty King Hamad bin Isa Al Khalifa. He also highlighted the excellent relations between Bhutan and Bahrain and assured the strong commitment of the Royal Government of Bhutan to further strengthen bilateral cooperation between the two countries.